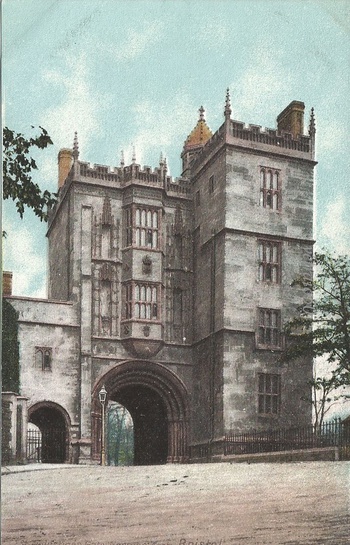 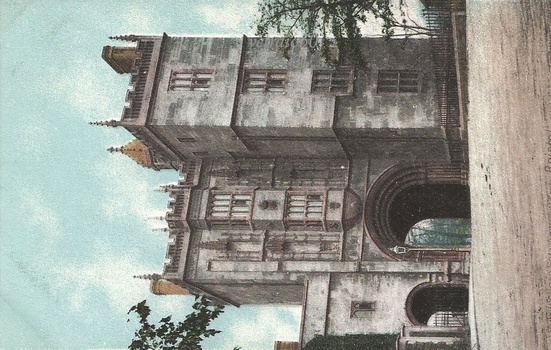 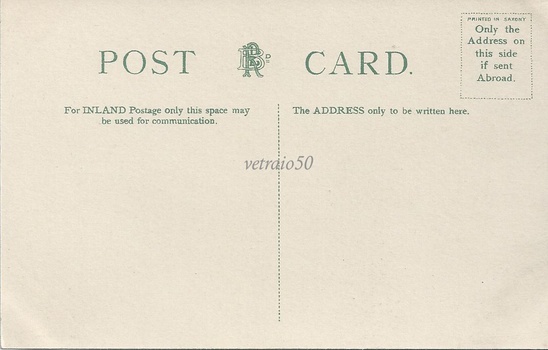 The Abbey Gatehouse. The gatehouse has been designated by English Heritage as a grade I listed building.

The Great Gatehouse (grid reference ST583727), also known as the Abbey Gatehouse, is on the south side of College Green in Bristol, England. Its earliest parts date back to around 1170.

This card is a view from what would have been the inside of the Abbey's precincts. These days the area provides parking for the Bristol Central Library building. In 1906 when the Millers visited Bristol the new library had just been opened. It is situated to the left of the image in the PC. These days the library too is a listed building.

The gatehouse was one of the abbey's monastic buildings which survived the Dissolution of the Monasteries, after which in 1542 the abbey became Bristol Cathedral. The gatehouse now serves as the diocesan office.

"Both the north and south arches of the carriage gateway are densely decorated with carved mouldings. Inside is a ribbed vault and walls with carved interlaced arcading. The arcading contains pointed arches, which arise from the intersections of interlaced round arches, just as in the cathedral's chapter house. The similarities in the arcading, and in the two buildings' decorative patterns using a variety of motifs like chevron and nailhead, support the dating of the archways to about the same time as the chapter house, in the 12th century.

The gatehouse and tower were additions by abbot John Newland around 1500. The gatehouse is embellished with two-storey oriels with mullion and transom windows, two-storey statuary niches and panelled parapets. These structures were restored by John Loughborough Pearson in 1888, who succeeded in retaining many of the features of their original design. He restored the oriels, which at some point had been replaced by sash windows. The single-storey eastern extension is also 19th century."