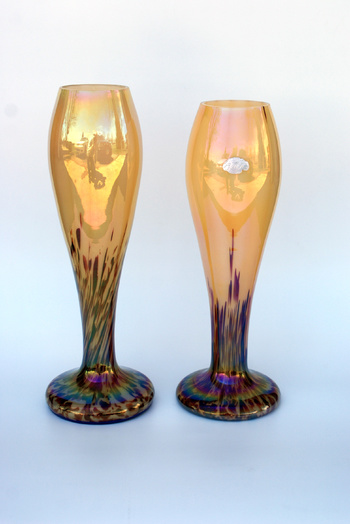 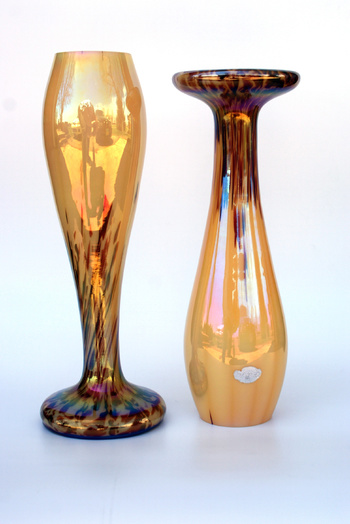 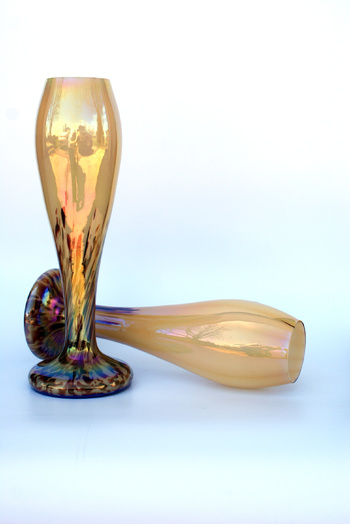 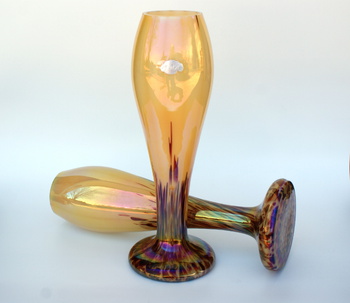 WELZ Iridescent Translucent Lines & Spots Vase. Nice and Tall vase that décor matches my other one with the highly debated FWK label. This one measures 13 1/2" tall by 4 1/2" wide. This is an example of how I attribute a piece to a certain house. based on what I see in front of me, I would draw the conclusion that my new un-labeled piece would be attributed to the same house as my labeled piece. Although the Shapes are not exact and one could argue that one of them could be produced by another house that copied the other one. But for me I draw the conclusion that they are form the same house but different production...maybe a later style shift.