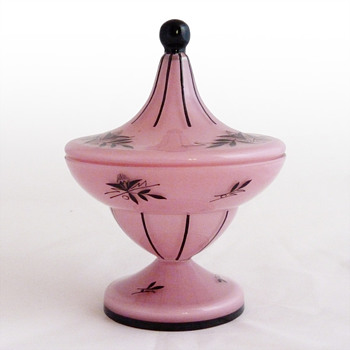 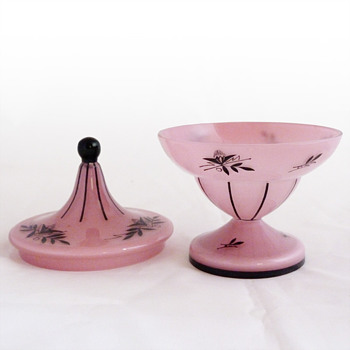 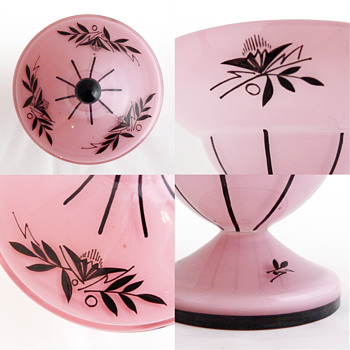 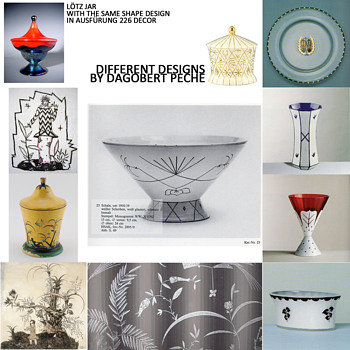 This is one of the last Tango glass item we’ve added to our collection and one of the most impressive ones!

The shape is a known Lötz one (see pic No.4, where there’s a similar one in red with the Ausfürung 226 decor – at the top left corner-). And also the shape reminds of the "chinoiserie" style of many of Peche's designs.

As for the decoration, it is one of the most striking ones found on a Tango glass item. It shows some radial lines similar to the ones from Lötz Tango glass items, as well as some stylized and angular floral details. It really reminds of the style of the great well known designer Dagobert Peche.

In the same pic. No.4 I’ve included several images of well known designs by Peche. One of them, the bowl in white ceramics made for the Wiener Werkstätte appearing on the centre of the image, has some radial and cut lines that remind a lot of those used in our jar. In the other images you can also appreciate the angular motives that Peche used in his designs and that also appear on our pink jar. The four images at the right, are glass designs by Peche. The one on top is a plate made in 1912, the second –the white vase with the blue interior, is from 1918 and the third –the red and white vase- dates from 1920. The last one, the jardinière, is a know designed that bears the Loetz signature.