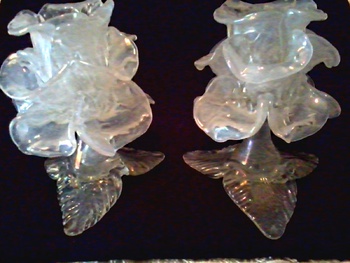 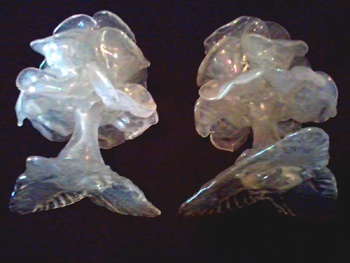 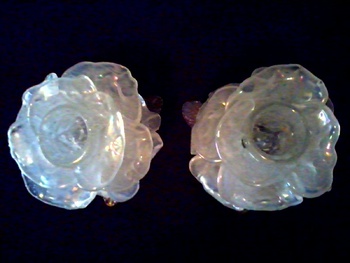 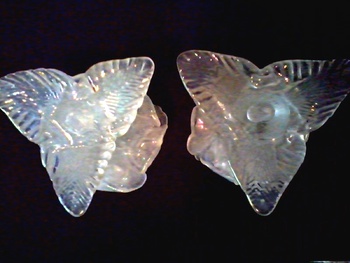 Well for once I've found a pair of something. I've heard there's nothing sadder than one candle stick. These came from Salvation Army and for once Christi didn't have these waiting. I found them all by myself....lol.
They are really beautiful and very intricate. The glass has an opalescent rainbow of colors to it. A bit hard to light so the colors show up clearly. They are quite heavy for their 5" tall size. There is a rough edge (sharp!) pontil on the bottom with a smoother center. No damage at all. Just a little green candle wax that has dripped into a few hard to reach and clean places. I have a hunch what they might be, but not confident enough to put it in print. With all due respect , I don't want to run the risk of being severely chastised by our CW glass experts....lol. -Mike-

Note: Special thanks to LeahGoodwin for confirming my "hunch" as to who made these, so I can now post them with a proper ID :) -Mike-

Antonio Salviati
Courtesy of Salviati.com
In mid-19th century Antonio Salviati, a lawyer in love with the mythical lagoon city, decided to revitalize the Venetian glass industry that was overshadowed by both English and Bohemian glass. In the 1859 he founded the «Salviati Dott. Antonio fu Bartolomeo», in Sestiere Dorsoduro 731. Supported by Lorenzo Radi and with the artistic direction of Enrico Pondio, the company developed a new method of making mosaic with glass, which rapidly reached great success in European courts and capitals before spreading in America and Asia. Made by Salviati were the mosaic tesserae used for decorating the St. Paul Cathedral dome and the Hall of the House of Parlament in London, the Opera Theatre in Paris and many others. The company was sold in 1987 and the name Salviati and Co, was sold to a French company in 1995. 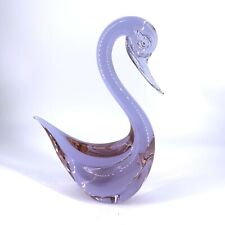 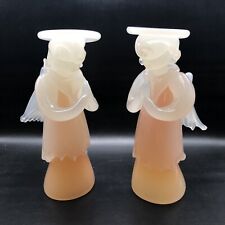 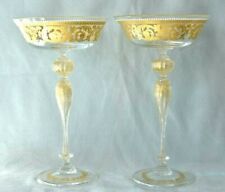