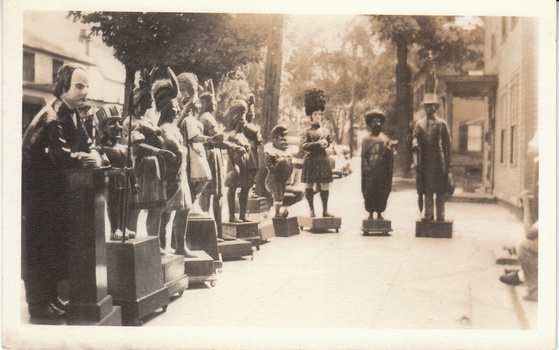 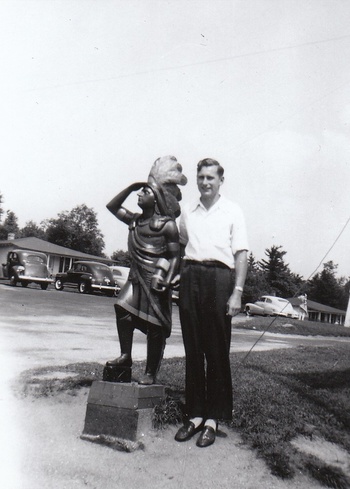 The June 8, 2010 auction at Heritage Auction Galleries which set a record for a Cigar Store Indian (over $200,000) may mean what you are seeing above is a few million dollars worth of wood. A Real Photo Postcard, circa 1940, of a most extraordinary collection of carved trade store figures. Quite a group. The which set the record sold had exceptional original paint, and often these figures have had repaints over the years. The last photograph, a particular favorite of mine, shows my father and a friend, circa 1935, likely in upstate New York.