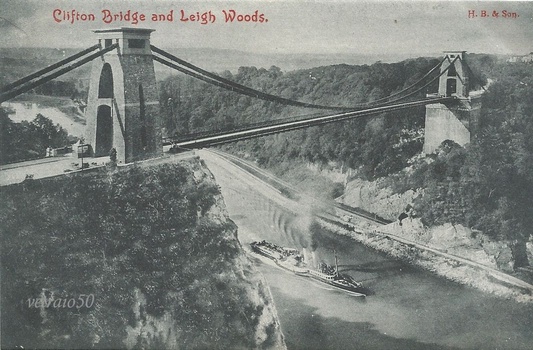 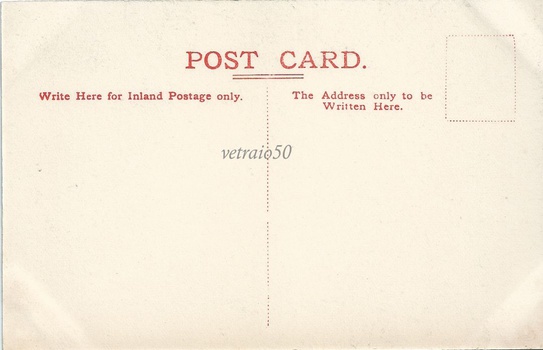 Back to Bristol via the Clifton Bridge and Leigh Woods. This must be one of my favourite shots on all of the Miller's postcards collected in 1906. The reason has to be the perspective! But then there's the image of Brunel's bridge and that boat sailing down the Avon!

When I went to look into the image I started with Brunel and the Clifton Bridge.

Isambard Kingdom Brunel! What a 'moniker'!

Anyone here in Sydney is captivated by suspension bridges!

The Clifton Suspension Bridge "opened in 1864, spanning the Avon Gorge and the River Avon, linking Clifton in Bristol to Leigh Woods in North Somerset, England. Designed by Isambard Kingdom Brunel, the bridge is a grade I listed building and forms part of the B3129 road."
http://en.wikipedia.org/wiki/Clifton_Suspension_Bridge

But I began to wonder how to get a shot like the one in the postcard?

Not that hard really, is the answer!

It was taken from the Clifton Observatory: a spot 337 feet (92 metres) above the gorge, likely to have been used as a lookout post since at least the Iron Age. Originally there was a windmill there erected for grinding corn in 1766. Later it was grinding snuff! It became derelict and in 1828 William West, an artist, rented the old mill as a studio.

West installed telescopes and a camera obscure in the old mill building.

These "were used by artists of the Bristol School to draw the Avon Gorge and Leigh Woods on the opposite side. Many examples of these paintings can be seen in Bristol City Museum and Art Gallery. The pictures which originated from images within the camera obscura he called 'photogenic drawing' and were based on the work of William Fox Talbot.

A 5" (13 cm) convex lens and sloping mirror was installed on the top of the tower which project the panoramic view vertically downward into the darkened room below. Visitors view the true image (not mirror image) on to a fixed circular table 5 feet (1.5m) in diameter, with a concave metal surface, and turn the mirror by hand to change the direction of view."
http://en.wikipedia.org/wiki/Observatory,_Bristol