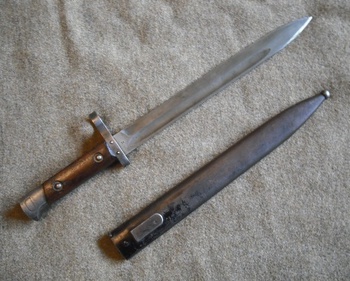 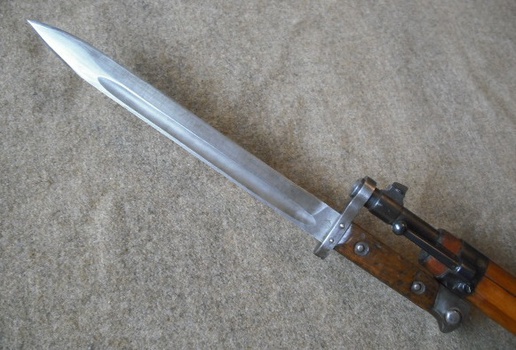 The Austrian Model 1985 bayonet was produced in large quantities during WWI, and there are numerous variations. The first thing you might think when you see this bayonet is “Hey, they put the blade on backwards!” This inverted blade was supposed to make the bayonet more effective as it is easier to apply an upwards force when thrusting with the bayonet than to push the rifle downwards. Too bad they didn’t reverse the grip/pommel too, because this arrangement is awkward when used as a knife – which became a more common use for the bayonet as time went on.

My bayonet is marked OEWG for Österreichische Waffenfabrik Gesellschaft, Steyr, Austria. The scabbard is proof marked with the Austrian eagle.