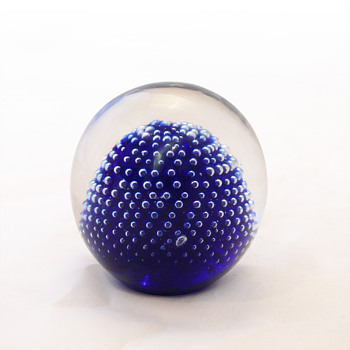 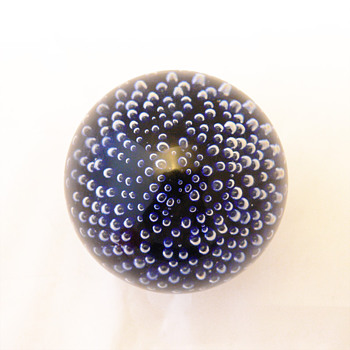 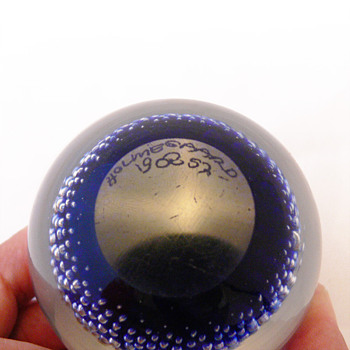 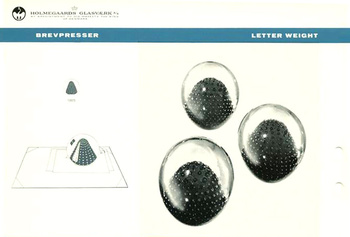 This is one of the four glass birthday presents Carlos gave to me last week.

Until now I had seen it in green colour, with label and without a signature, so when I opened the first box where this little one was and saw the PL signature I was qite worried... I had never seen this design refered to as Lütken's. Could the signature be a fake one?

I asked my friend Steen, who really is an expert on Hoolmegaard (I am but an amateur compared to him -but after all he's Danish and has got access to all the information about Holmegaard written in his own language). He asured me that there was no doubt about it being a Holmegaard piece and that they are usually signed "Holmegaard 19XX" or "Holmegaard 15625" (the 1950 catalogue number), or sometimes unsigned, he had never seen a PL signed one.

They appear on the catalogs from 1950 to 1965. As for the colours, these are usually found in blue and green and rarely in red, clear or gray. 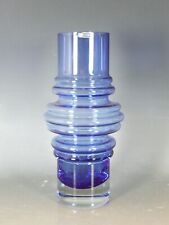