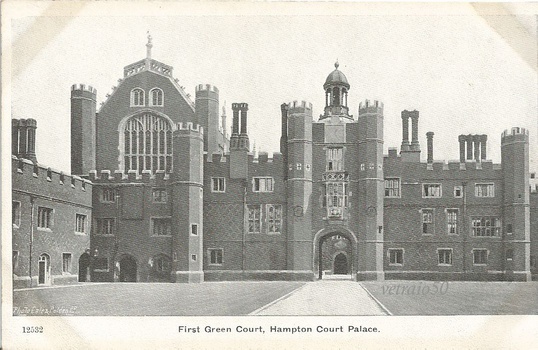 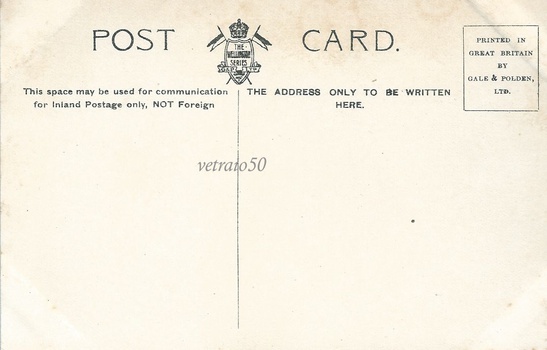 As the Millers entered the main gates on the western side of Hampton Court Palace they would have walked into a large square courtyard these days called "Base Court".

Hampton Court Palace has three courtyards. The first is Base Court. Base Court contained forty-four rooms around the courtyard. These rooms were intended by Cardinal Wolsey to be used by lesser guests of the Palace. More important guests would be housed within the next section of the Palace that you can see beyond the gatehouse in this photograph.

The gateway you see at the end of the path to the east end of the Base Court is known as Anne Boleyn's Gate.

The gatehouse and rooms around the clock were the sumptuous chambers planned for Anne Boleyn. Anne Boleyn didn’t want to use Katharine of Aragon’s old rooms (directly opposite) so they were being renovated for her. The work was still underway on the apartments above that gate on the day the King had her executed.

The main architectural features of Anne Boleyn's Gate are the angle turrets and panels of the royal arms over the archways. On either side are two large terra-cotta roundels with portraits of Roman Emperors, of which there were originally ten in the palace, made for Wolsey by Giovanni Maiano in 1521. There's Tiberius, Titus, an Otho and a Nero .... all very Italianate and popular at the time: the beginnings of the English Renaissance. All thanks to Cardinal Wolsey!

These days the Base Court is used as space for 'pop-up' parties!

In summer the Base Court becomes an amphitheatre for musical events. In June 2014 the Hampton Court Palace Festival has a series of events. The artists include: Jools Holland, Dionne Warwick, the Royal Philharmonic and Fireworks, Van Morrison, Jamie Cullum, Rick Astley & Jason Donovan, Opera on a Midsummer Night, George Benson and the Beach Boys.

In winter the Base Court is converted these days as in ice rink! Imagine floating around these surroundings by night. Ice Palace by Night!