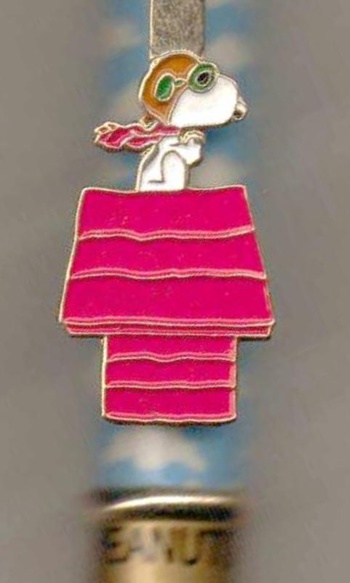 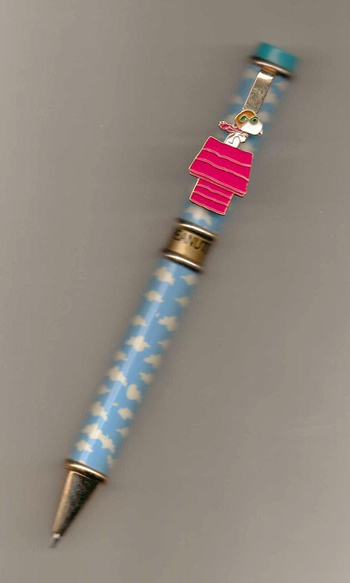 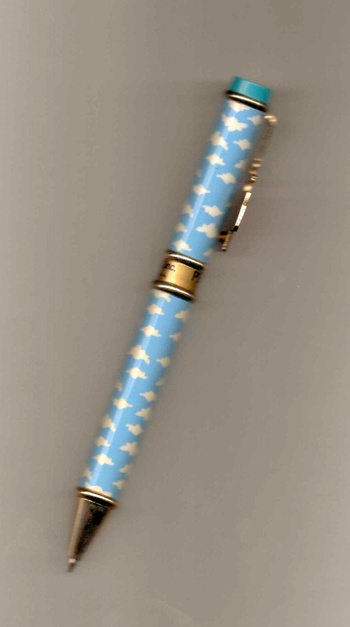 This is a "Snoopy" ballpoint pen. - The pocket clip is brass with an enameled Snoopy on his doghouse in his famous persona as a World War I flying ace on his "sopwith camel". - The pen is 5 1/2" long and depicts a blue sky scene with clouds all around. - Made in China - Circa 1990's
©UFS, Inc. (United Feature Syndicate), and "Peanuts" printed in black ink on the center brass ring. - (accessible for a ink refill cartridge)
*** Snoopy's imaginary battles against the Red Baron began in the comic strip in October 1965 and would continue in it for several decades. Of all of Snoopy's guises, the World War I Flying Ace was perhaps his most notable. Using his doghouse as his "Sopwith Camel" fighter plane, he imagined endless battles with his nemesis. Snoopy's make-believe encounters with the Red Baron would also be seen on television and they inspired a novelty record (by The Royal Guardsmen in 1966 - the song reached number 2 in the Billboard Hot 100 in December 1966 and number 6 in the British charts in February 1967) 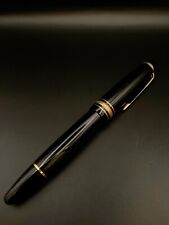 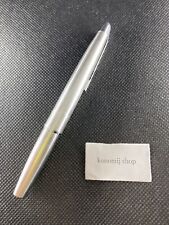 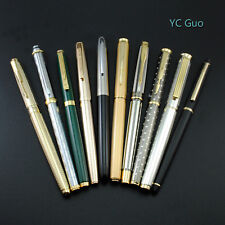 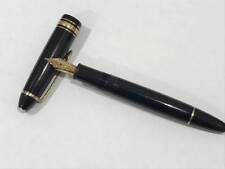