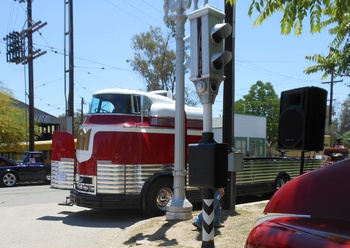 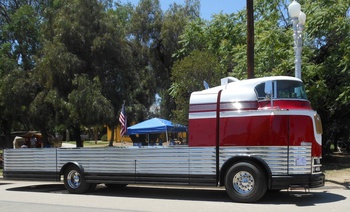 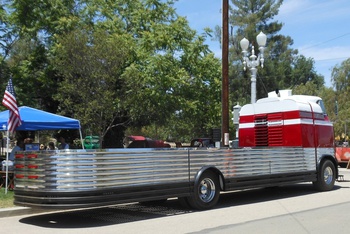 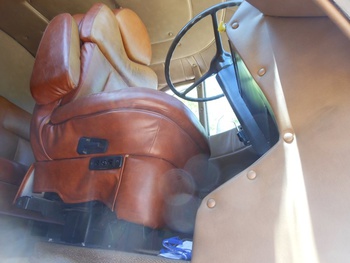 Originally built in 1939 this one was a parts doner for other Futureliners. What was left was built onto a garbage truck chassis and made into a car hauler. As only nine of these are left this is a worthy effort.
These pictures were taken at the 2014 Antique Truck Show at the Orange Empire Railway Museum (OERM).