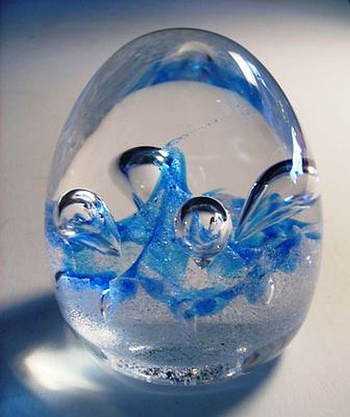 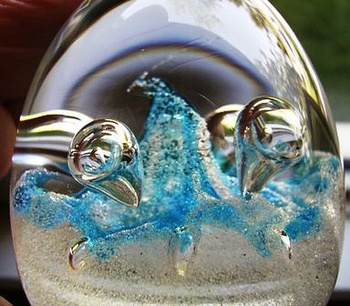 CG2 which stands for Caithness Glass second quality. Caithness second does not necessarily mean that the weight was sub-standard, it may have been *experiment that was not produced/adopted*. Told it looks like either *the Moonflower or MoonBeam* Design but those are usually round, not Egg Shaped. So this might have been and experiment model and not produced which might make it more Rare. Has a Polished bottom.