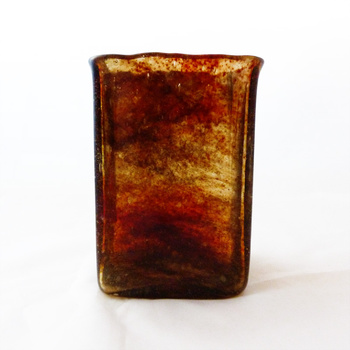 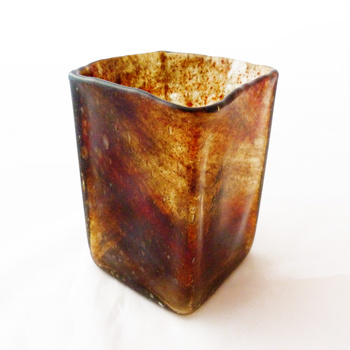 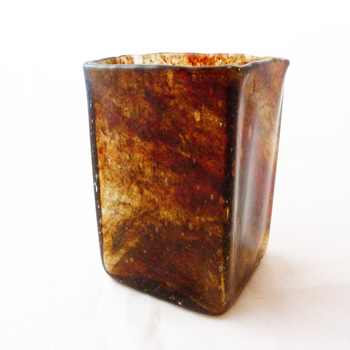 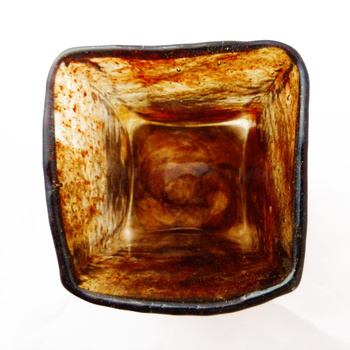 This is another one of Carlos's birthday presents I received at the begining of the month. As I already posted a couple of items from the series i am pretty sure you are all familiar to them. In case this looks new to you, here's the link to the other LAVA stuff I shared before:
http://www.collectorsweekly.com/user/austrohungaro/per-ltkenlava

It stands 14 cm tall and its base has sides which are 9 cm long. As you can see on pic.4, the top rim is pretty irregular and far from being a perfect square.

It is signed on its base HOLMEGAARD PL 2917, so it is supposed to be a unika item. When i looked at the Black Book reproductions i could see that the item under this series number is not this vase, not even a LAVA item, but a candleholder that was made in September 1976. BUT I can see that the items from this time show a double number system, and that the candleholder is also listed as 3594B. Looking for the 1970s designs, when the LAVA series started to be made, there's a lot of LAVA unika entries -some of them are even marked as "only two items made"-. Unfortunately no entry matches this vase, so it looks like we have two possible scenarios here:
a) somebody just added a unika signature to a normal production vase
b) somehow somebody at Holmegaard made some mess numbering some items around 1970 with wrong or more advanced numbers, and then in 1976 when they were going to use them they realized these had been already used so they had to use a different code. Tis would mean there would be some unregistered unika items from around 1970...