This photo was taken by the husband of one of the secretaries at Westbury High School during the 1964 World Series. The original was taped to the wall above a file cabinet in the school's atheltic director's office for several years and then mysteriously disappeared. When a new athletic director was hired about ten years later, he discovered the photo on the floor behind the file cabinet. He brought it to me and asked if I could get it autographed for him. I agreed to try and asked him if I could make a copy for myself. We decided to make 12 copies and were able to get them to Whitey Ford, who arranged for Mickey Mantle to autograph them.
I was told that when Whitey first looked at the photo he said: "The morning after the night before." Mickey signed the original, which I believe the former athletic director still has in his possession, "Ooops , Mickey Mantle." Several of the remaining copies, all autographed, were auctioned off at charitable fund-raisers I kept one for myself and this is a copy of my autographed copy. Note that it has never been published. This copy, which I reproduced from my computer, looks just like the original.
Ed Krinsky
hoopkrin@aol.com 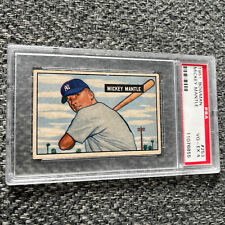