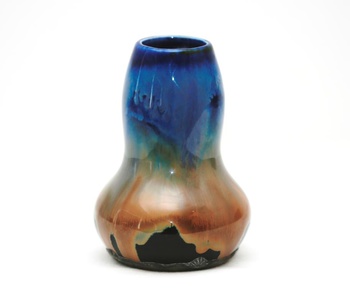 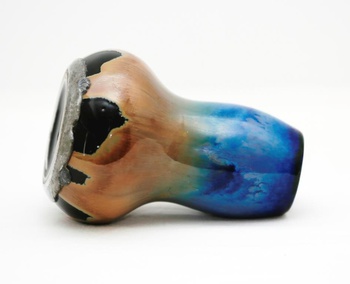 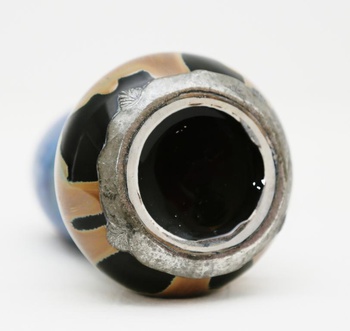 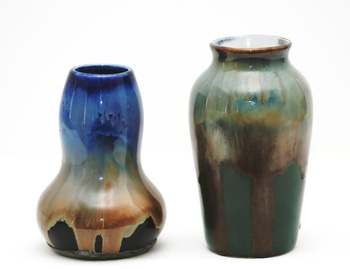 I will dedicate this post to CW member cogito who has a vase which I believe is the exact same shape and size as this, without the pewter decoration and with a different (and nicer) glaze. I saw this vase on a recent antiques fair and was very excited to have found the sister of cogito's vase! It is a very dark brown with a blue and light brown drip glaze. Interestingly, the pewter decoration is exactly the same type as the one on one of my other Fritz Krug vases (and I have seen a third with the same type of decoration), which to me indicates that it was either applied at the factory itself, or that the factory collaborated with one specific metal workshop to do the job for them. I have come across three other (larger and more expensive) Fritz Krug vases within the last year, so I guess it’s likely that the factory must have had a dealer in Copenhagen in the early 20th century; otherwise it is a little difficult to explain their presence here, give the paucity of early 20th century German pottery in general…