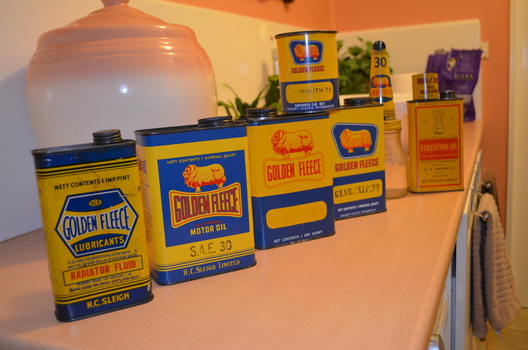 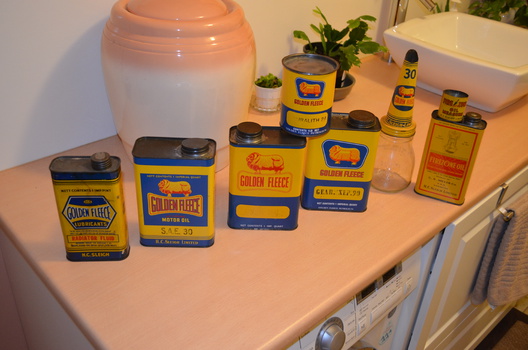 My collection Golden Fleece quart tins from the 1950s and 1960s.

The Golden Fleece station in the post war years were quite distinctive and included in many cases a roadhouse, the first roadhouses in Australia.

Golden Fleece tins and oil bottle are the most sought after petroliana among Australian collectors.