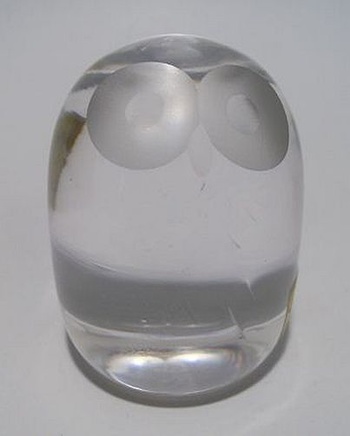 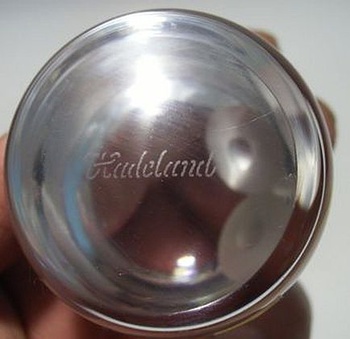 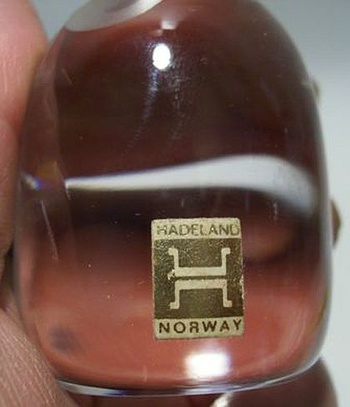 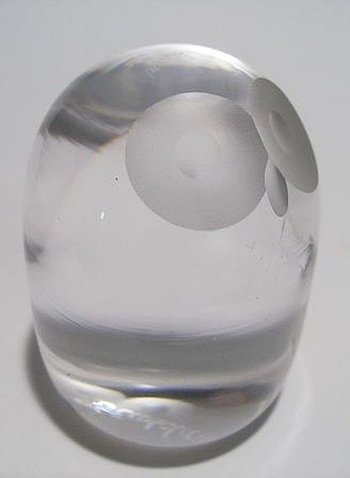 A glass owl with a label that says Norway, and Hadeland. It is about 2.5 inches tall. Not only has its original label, but also acid signed on the bottom.

This is from the series of animal figures designed by Benny Motzfeldt in the early 1960's when he was employed at Hadeland. The series include a ducks, a kingfisher, a penguin, a seal, a rabbit and others. The popularity of the series was established immediately as the then US vice president Lyndon Johnson visited Norway with his wife (who was known as *Lady Bird*) fell in love with the kingfisher figure. Lyndon Johnson then ordered 150 kingfisher figures as gifts, and the whole series became a success, domestically and abroad. This series was Produced well into the 1980's. The label on my owl was introduced in 1970, so that should narrow down the date some.