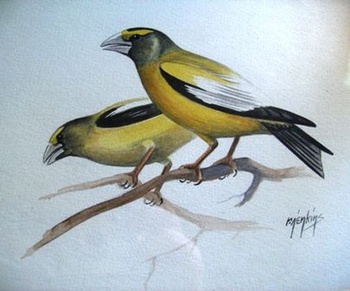 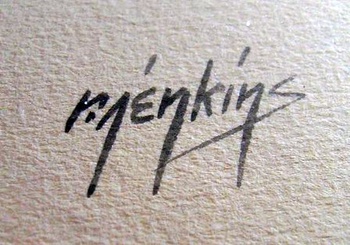 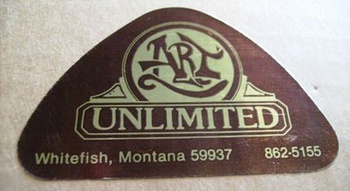 Pic of birds with what looks like a signed name of R. JENKINS. On the back of the piece it says:

Just found info, looks like it is an Original one. Found info about this Artist who is from Montana ( USA ) as on the label at MEADOWLARK GALLERY

Quoted from the above page:

""was a job he was to hold for ten years, but in the meantime he began a correspondence course in art that ran from 1958 to 1962. He works fast, and although he will tackle any subject, birds are his favorite; his work on them goes especially fast. In fact, he spent so little time, comparatively speaking, on the 1964 painting of canvasbacks that von the 1965-66 Federal Duck Stamp Competition that it gave him mildly embarassed pause; he had almost not submitted it at all. He has illustrated a number of stories for the Pennsylvania Game News and the Pennsylvania Angler. His work has also appeared in the National Geographic magazine and the Modern Game Breeding magazine. In 1980, he won the third annual Montana Bird Stamp Design contest with his 'Whistlers' or Barrows Goldenyes which he produced in two medium which was that of a reproduction edition and a hand colored stone lithograph edition. In 1993, Ron was selected as the 1993 First of State for the Rhode Island Trout Conservation Stamp with his work of a brook trout during a Rhode Island caddis hatch.""

I note in the pictures with signature, is the exact same as the one on mine. So ID now found for sure. Glad to finally figure out...