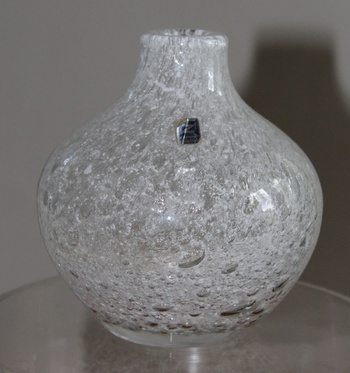 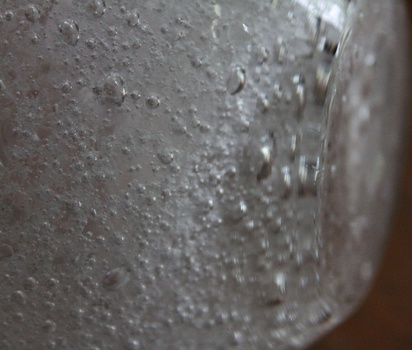 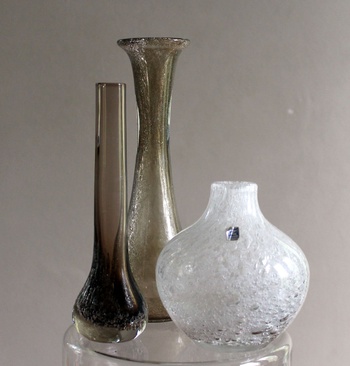 This must be the most intensely piece of bubbled glass I have seen!
I think it's made from clear glass cased in clear, but the air bubbles inside are so dense the glass looks white.

Sticker reads Zwiesel Germany but it confuses me as far as era goes. Zwiesel became known as Schott Zwiesel in 1972, but I would imagine that if this was prior to that time it would not read "Germany". I'll follow that up because this vase feels quite modern and I'm thinking it is probably post reunification. I read that in 2001 after a company buyout that the name Zwiesel Kristallglas AG was used so this might be after that date.

Zwiesel love their air in glass and I'll post another piece I have.