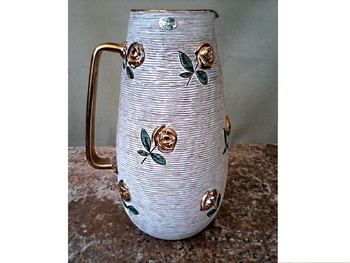 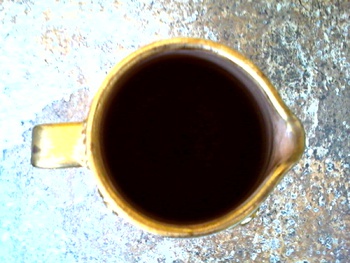 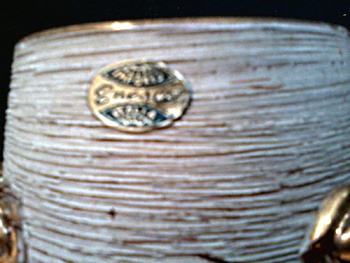 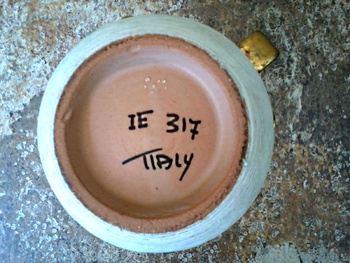 I found this interesting pitcher at our local GW. It's 9" tall and has a grooved surface studded with raised 22 kt. gold roses. The handle and the rim are also accented with the same 22 kt. gold. A couple of the rose petals are chipped probably from being laid down on it's side during processing at GW. It still carries Enesco's original little foil label which says "Enesco Italia". Enesco has imported giftware since 1958. They are best know for their "Precious Moments" figure line which lasted 25 years. The company thrived through the 70's 80's and 90's. and peaked in 1997 when it was sold.

Enesco History
Courtesy of Wikipedia
In 1958, Enesco was the import division for the N. Shure Company. Enesco was founded by its first President, Louis R. "Bob" Miller, Jr. When N. Shure was sold to Butler Brothers, the import division was spun off. The name "Enesco" was an acronym from the N. Shure company, "N S Co", and phonetically named his company "EnEsCo". Thereafter, the company was sold three times, and in 1983 became a part of Stanhome, Inc. After separating from Stanhome in 1998, Stanhome immediately collapsed—leaving Enesco with all of Stanhome's assets.
Enesco is known in its industry for its 25 years of success with the Precious Moments porcelain figurine line of products. Freedman worked with original artist, Sam Butcher, to bring his designs to market. Enesco sales soared throughout the '70s, '80s, and '90s until its peak in 1997.