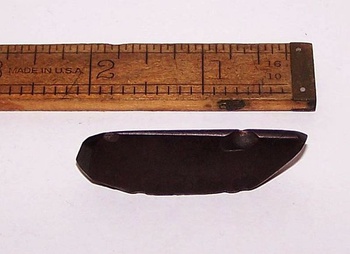 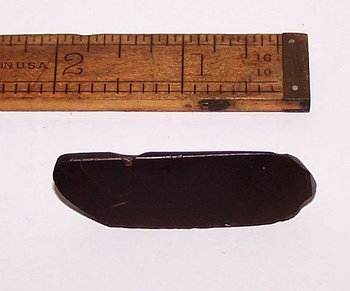 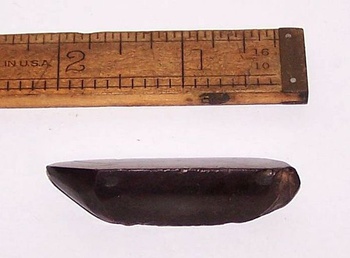 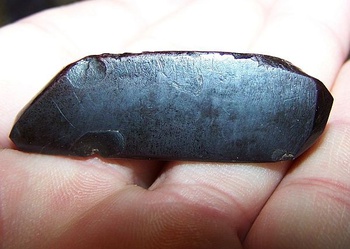 About 1968 I found this item while surface hunting arrowheads along Shoal Creek in Barry County, Missouri. I first thought it was a broken piece off a plow or something and tossed it in a bag. Later when I cleaned it up I realized it was a purposely polished piece of hematite (not native to southwest Missouri). In about 1986 I took it to the University of Arkansas and had them evaluate it. The UofA said it would have been most likely carried in a medicine bag and used for rituals. In the last photo you can see the fine polishing scratches in its surface. The stone has two flat faces and a third that is rounded. I have never seen anything else like it and I am wondering if anyone else has anything like it in their collection?