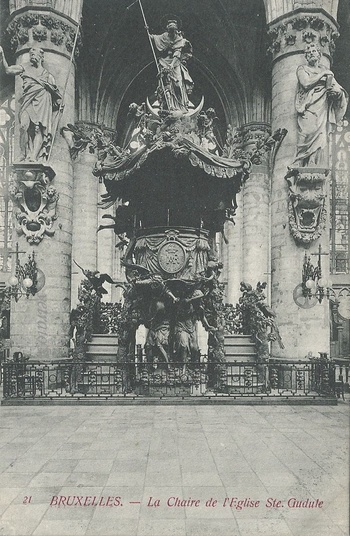 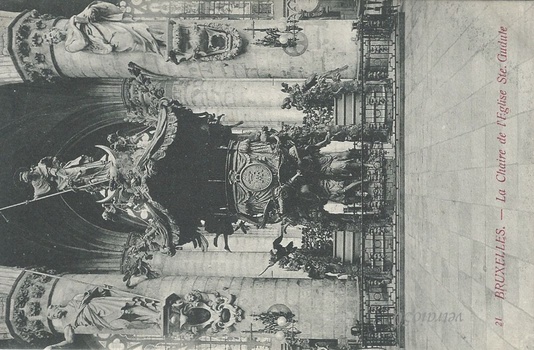 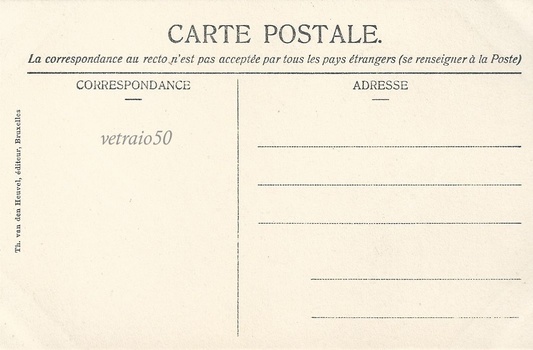 Another great survivor has to be this carved wooden Pulpit - a 'Preekstoel' in Dutch and in French a 'Chaire de vérité'. Positioned between two huge columns decorated with two of the twelve apostles it is totally over the top. T.O.T. Baroque!

It was carved by one member of the great the 17th and 18th century Antwerp family of sculptors : the Verbruggens or Verbrugghens.

Hendrik Frans Verbruggen (1654-1724) and his elder brother were both apprenticed under their father and had travelled to Italy to see the masterpieces of the greats. Hendrik Frans became one of the trend-setting masters of late baroque church furniture. He did lots of work for the Jesuits in the Low Countries. This pulpit was designed for another Jesuit church in Louvain. But after the suppression of the Jesuits in 1773 it was 'gifted' by the Jesuits to the Church of St Michael and St Gudula in 1776 -" under orders of Maria Theresia" I've seen mention.

The pulpit is a representation of the Fall of Adam and Eve at the bottom surmounted by an apocalyptic vision of the Virgin and child slaying the "Beast": Fall and Redemption.

When it was moved in 1776 it was damaged and repairs were carried out by J.B. van der Haeghen; perhaps the stairs are his work too.