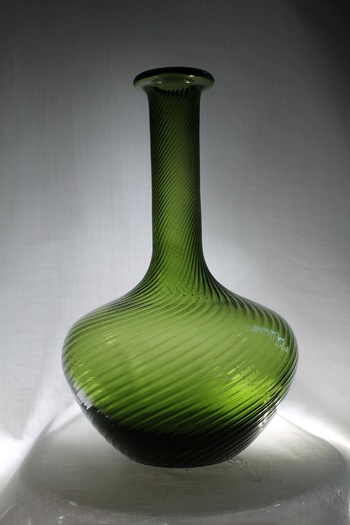 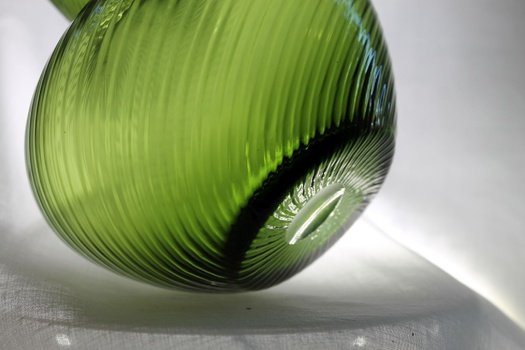 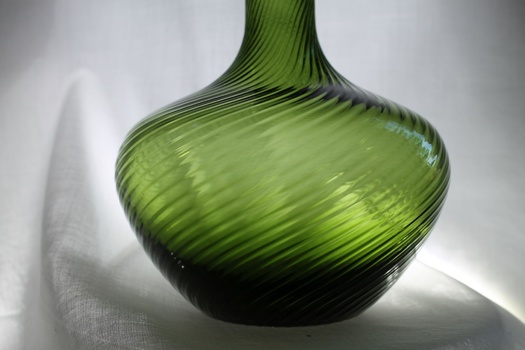 I need some help please identifying this vase which always looks familiar to me but has never told me it's name.

Well made with very fine parallel moulded ribbing that has been twisted. I think the ribbing and twist were possibly done before blowing as the lines widen through the belly of the vase.
There is no trace of mould lines, the lip has been flame finished and the pontil beautifully ground.
There is no evidence of it ever having a stopper and in fact no age evidence on it anywhere.
Maybe it has been recently made but whoever made it has done a class job.

I think it has a Scandinavian feel to it but it fits nothing I have found from any usual suspects.

**Update**
This vase has still not been identified but general consensus from various glass groups is that it is probably Bohemian.