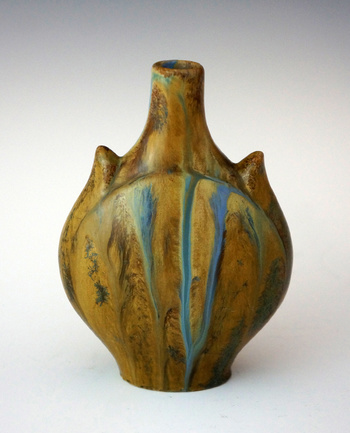 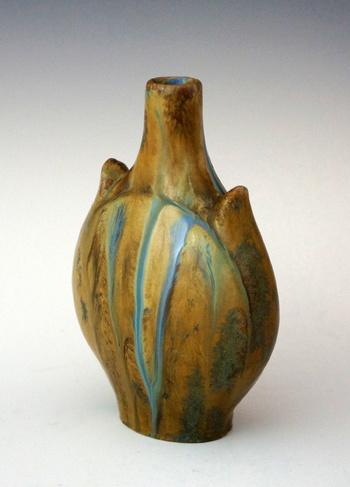 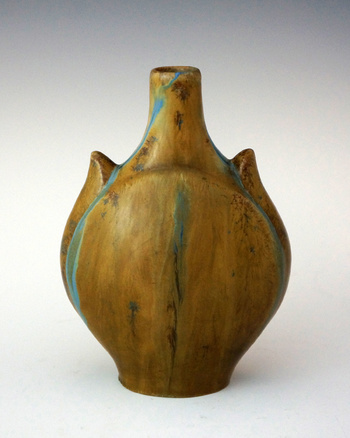 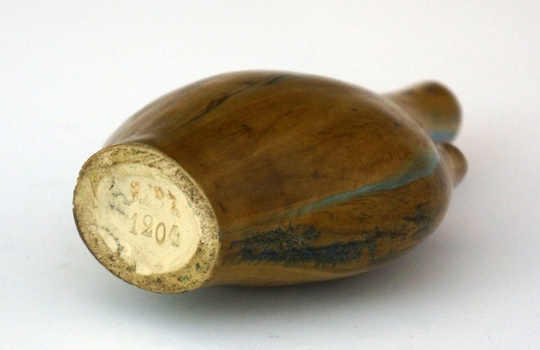 An interesting flambé glaze variant of Dalpayrat's more common, famed sang de boeuf glaze on a horned vase form that to my eye is hinting at the coming Art Deco design era, but produced a good ~15-20 years prior to the popularization of Art Deco. When I saw this vase and the running blue glaze streaks, it reminded me of the majestic waterfalls of Hawaii. Marked underneath with an impressed "Dalpayrat" and the vase form number, 1204. Dimensions: 4.75"(H) x 3.25"(W).