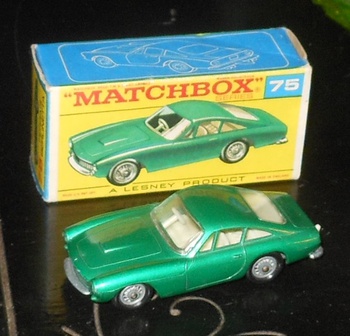 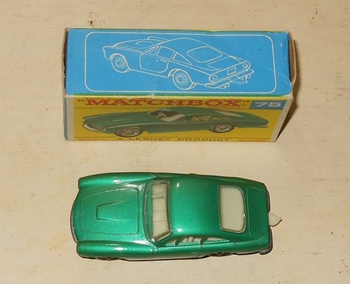 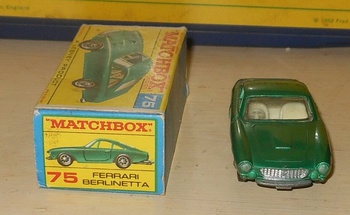 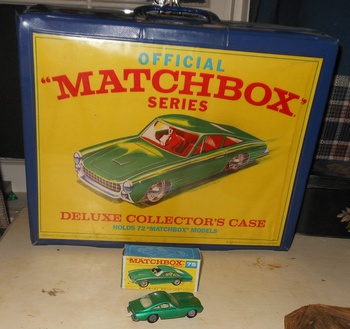 This model was first released in 1965. It was #75 in the Matchbox catalog and is called the 75B as it was the 2nd model to be #75. The first was a Ford Thunderbird. The box is an F Style box which was made the first 6 months of 1969 which makes it a fairly uncommon box.
It is an iconic model as it was featured on the matchbox 72 car carrying case seen in the last photo.