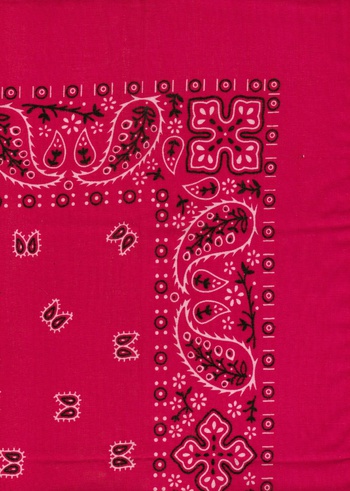 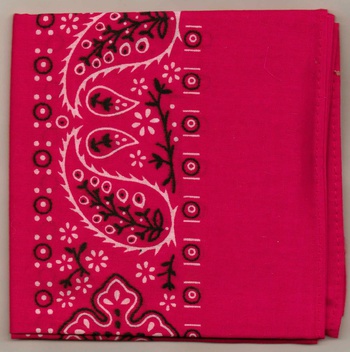 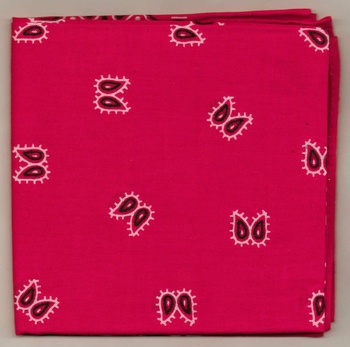 This is a "Marlboro" (Philip Morris Company) red bandana or 'kerchief distributed from the Marlboro Gear Program which ran from 1995-2006. There were apparently several different designs, but all on the Marlboro red background color. - Made in China of 100% cotton / Item# RN-96902
** These came out at the wrong time as they were affiliated with a certain gang membership and some larger American cities even banned the wearing of both red and blue bandanas during this period.