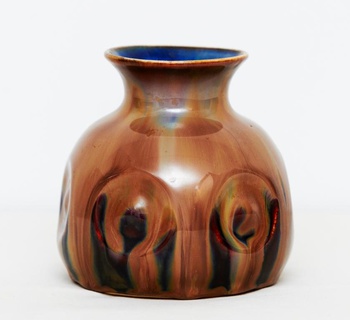 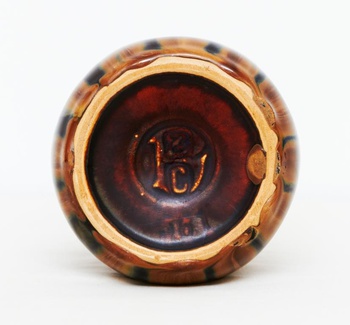 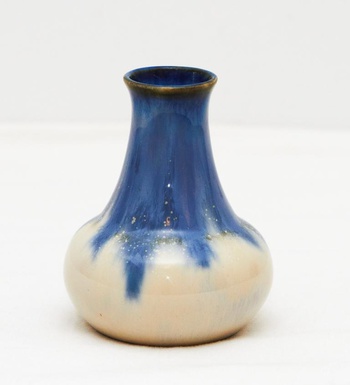 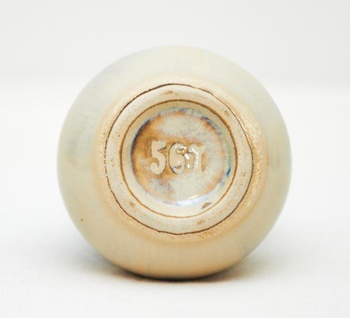 Two vases, one of which was definitely manufactured at Reinhold & Co., the other one probably so. I have described the history of the Pottery in a previous post (http://www.collectorsweekly.com/stories/110285-vase-from-reinhold-and-co-germany-ca-1).

Unlike the vase I have previously posted, the brown vase here has a very thin body and inside it has a very nice blue glaze. On the outside, it is covered with a light brown drip glaze not unlike melted toffee! So far, it is the only R&C vase I have seen with this kind of indentation on the body. The other vase is white with a blue drip glaze and a few 'crystalline spots'. Based on the R&C vases I have seen on ebay etc., I am fairly sure that the small blue and white vase was also made at R&C., but as it carries only a number, it is difficult to tell, unless it can be indentified in some other way. It could also have been made at one of the other potteries in the area, such as Julius Paul & Sohn. Both of them were found in second-hand stores here in Copenhagen. 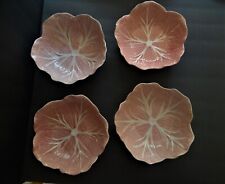 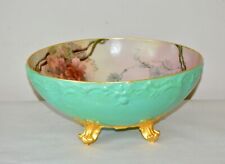 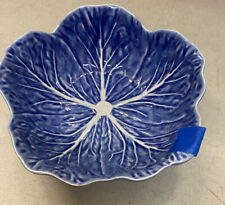