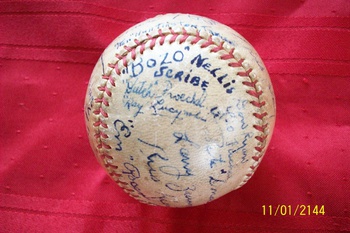 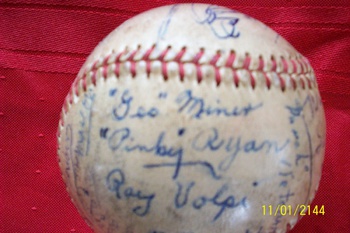 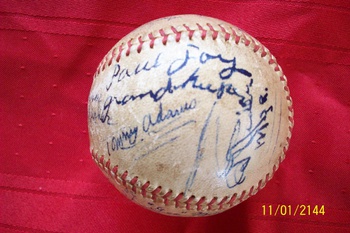 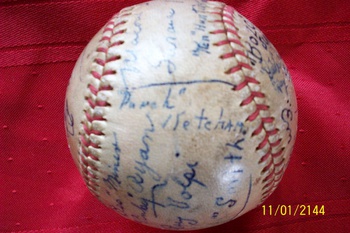 Located in the finger lakes region of NY is this college that i found a signed baseball for. So far i haven't been able to see that any of these players had a professional career. The only name that i have identified with anything is Geroge "Dutch" Proechel who attended in 1937 and signed the ball. His name showed up in the Ithaca Athletic hall of fame, inducted 1972. One cool aspect of the ball is that they used it at the game it was signed, to complete a triple play, and its documented on the ball with date 7-27-37. I'm trying to identify the rest of the names and see if anyone has become an important figure. There is a "Bozo" Nellis signed on there, i wonder if that became bozo the clown. Anyway it will be fun to figure out. Just thought i would post it here and share. I marked it as unsovled in hopes that someone has knowledge of who these people may have become.