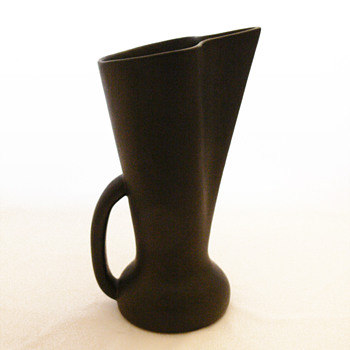 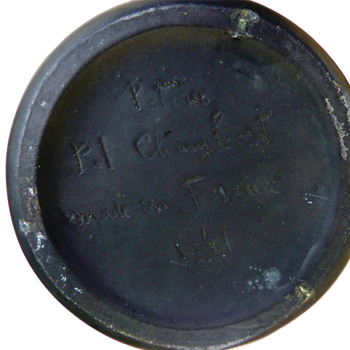 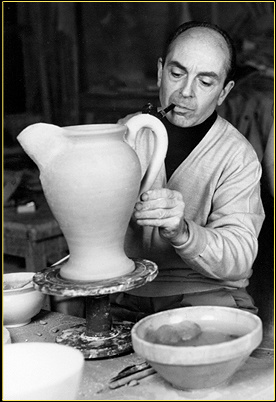 This is a matte finishing black pottery jug from the famous Pol Chambost (1906-1983).

Being trained as an sculptor, Chambost chose ceramics as his means of expression. He started showing interest in it in the 1930s, first as an alternative to stone funerary art, and around 1936 established a true ceramic workshop. Once past the experimental stage, and acquired considerable technical skill, Pol Chambost then fitted out with modern equipment and began series production. It produced up to 70 models in 6 months during this period. The success was such that some works would even be exported to the U.S..

He became a very popular artist (as you can see in the magazine cover for Modes de Paris), especially during the 1950s, when he creaed new forms that had a high influence in the style of the time. He also had a strong view on colour, mixing plain bold colours thus creating a highly visual pottery.

Although there is a website dedicated to his life and work (http://www.polchambost.fr/index.php/en_US/home), not much is said about his life there, which I think is pretty sad, especally since it's run by "Les amis de pol" :/.