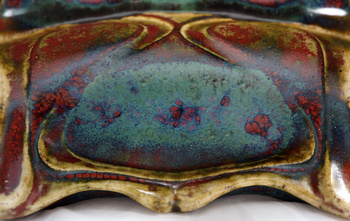 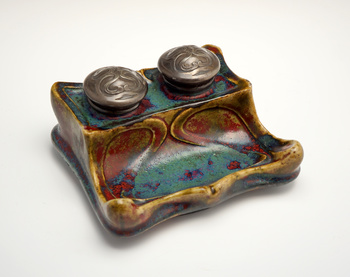 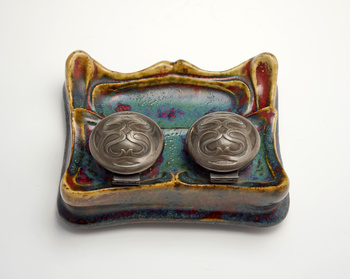 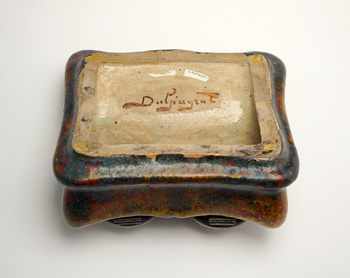 I've been chasing one of these for quite some time - an Adrien-Pierre Dalpayrat flambé stoneware double inkwell with pewter caps from the late 1890s, which may have been designed in conjunction with Edouard Colonna for retail at Julius Meier-Graefe's La Maison Moderne (Paris, Fr.). The curve of line and vivid colors of the glaze effects are prototypical of Dalpayrat's functional pieces. The well-placed double inkwells are preceded by a recessed tray/pen rest where the glaze has adapted spectacularly to the form and has pooled in a combination of green/blue and red. The underside is hand inscribed "Dalpayrat." Dimensions: 6.5” x 5.75” x 3.2”.

An example of this inkwell is found in "Adrien Dalpayrat: Franzosische Jugendstil-Keramik" (1998), Arnoldsche, Stuttgart; Pg. 166.