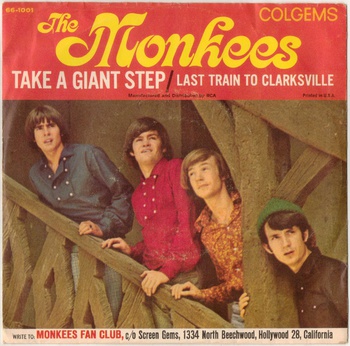 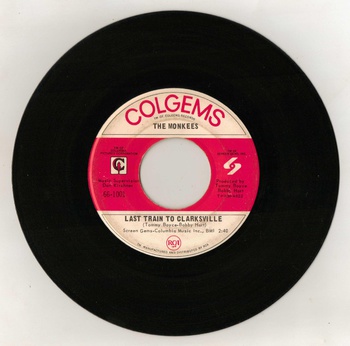 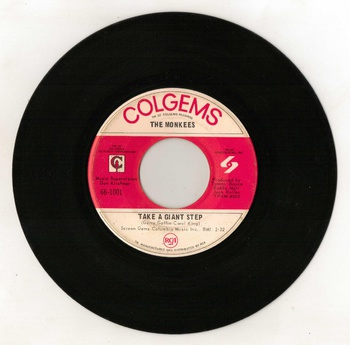 - 45 rpm in its original color picture sleeve released in 1966
- RCA Records of "The Monkees" / Colgems #66-1001 (1966)
- Side A - "Last Train To Clarksville" / - Side B - ""Take A Giant Step"
*** The Monkees are an American pop/rock band that released music in their original incarnation between 1966 and 1970, with subsequent reunion albums and tours in the decades that followed. Formed in Los Angeles in 1965 for the American television series The Monkees, which aired from 1966–1968, the musical acting quartet was composed of Americans Micky Dolenz, Michael Nesmith, and Peter Tork, and Englishman Davy Jones. The band's music was initially supervised by producer Don Kirshner. The Monkees had international hits, including "Last Train to Clarksville", "Pleasant Valley Sunday", and "Daydream Believer". At their peak in 1967, the band outsold both the Beatles and the Rolling Stones. As of 2012, their albums and singles have sold over 65 million copies worldwide.