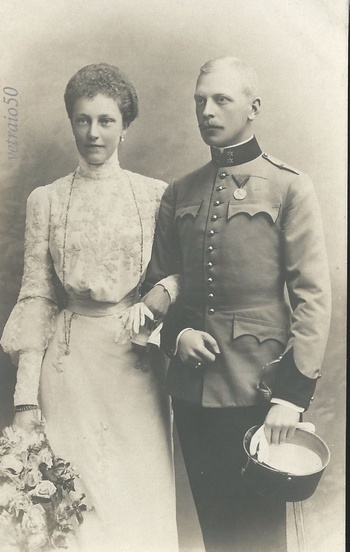 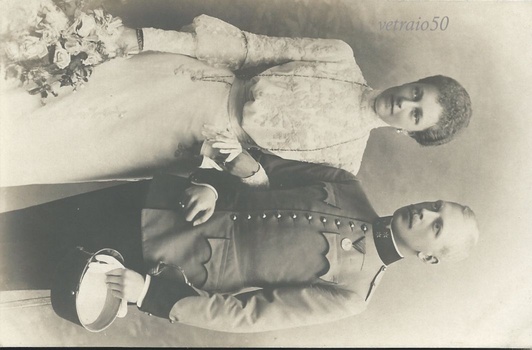 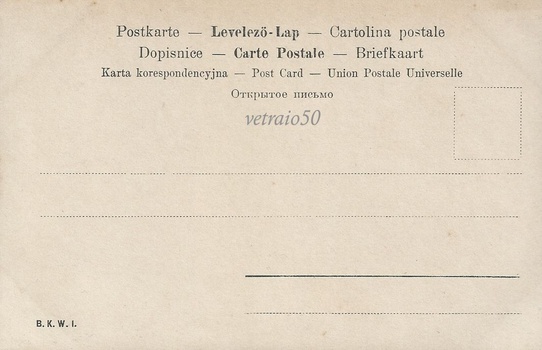 I love a mystery. It is even better to solve one! In the case of this card the mystery lay in the identity of the couple. There was nothing on the card itself that gave any hint as to their identity. But the back of the card had multiple language versions of the word Post Card – 10 different languages. In a way that gave me a hint. They were extremely well known in middle Europe. Hungarian is one of those ten languages, German, Italian etc..

It suggested the Austro-Hungarian Empire to me. I was researching a couple of the other Royal Belgians and decided to look a little further afield. Finally I came across another version of the image. Bingo.

She is the important figure rather than her husband. It is actually a photo taken on the day before their wedding. It was January 22 1902. The location was the château de Ploschkowitz in Bohemia,

He is Prince Othon de Windisch-Graetz. He was ten years older than his young bride. She was just nineteen!

She was Elisabeth Maria Henriette Stephanie Gisela, Archduchess of Austria.

Now that is an important title. She was the grand-daughter of the Emperor Franz-Joseph. The emperor of the Austro-Hungarian Empire.

She was quite a catch!

After the marriage Prince Othon de Windisch-Graetz became "prince souverain" (Fürst). He had definitely stepped up in the world.

The important character is the beautiful young Archduchess. Her life reads like a novel. If you have read the novel or seen the movie “Mayerling” then you will know something about the background of the young Archduchess whose nickname within the family was the Hungarian “Erzsi".

Erszi’s father was the Crown Prince Rudolph of Austria. He was the heir to the Austro-Hungarian Empire. But he was in love with another young woman called Marie Vetsera. The bodies of the 30-year-old Archduke and the 17-year-old baroness were discovered in the Imperial hunting lodge at Mayerling in the Vienna Woods, fifteen miles southwest of the capital, on the morning of 30 January 1889.

These events actually shaped the course of history and led to the destabilization of Europe that led to the First World War.

The marriage to Prince Otto Windisch-Graetz did not go well although they did have four children. The Prince did wander! Erzsi is known these days as the “Archiduchesse rouge” or the Red Archduchess. She was political. She was a member of the Social Democratic party. A feminist!

Erzsi and Otto both flaunted their much discussed affairs and on one occasion Erszi used a gun to scare off one of Otto’s mistresses. They finally separated in 1924 after a long battle over the children. I love this description she made of her husband: “Un dandy dépourvu de sens moral, pétri de lâcheté et de médiocrité”.

There is much more to Erzsi's story that just this period in her life. Perhaps you can find out some more information here: http://en.wikipedia.org/wiki/Archduchess_Elisabeth_Marie_of_Austria 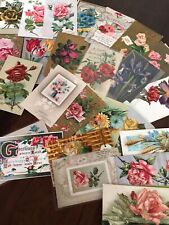