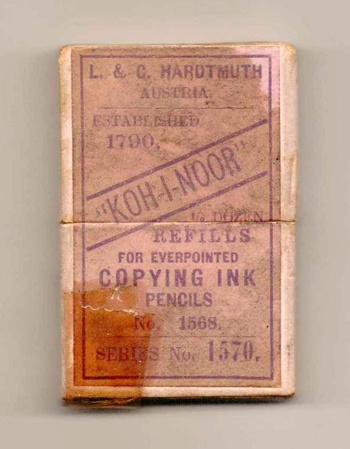 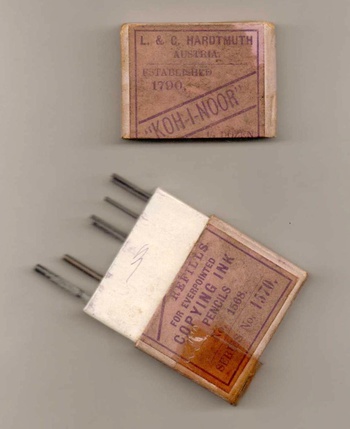 This is a two-piece slide box of L.C. Hardtmuth "KOH-I-NOOR" Lead Refills for Everpointed Copying Ink Pencils (No. 1568) - Series No. 1570
The box says 1/2 dozen refills and there are nine lead refills remaining in six different width sizes. - box measures 1 1/2" wide by 2 1/4" high
-- circa is pre-1951 (belonged to my German great-grandfather)
*** The company was formed in 1790 by Joseph Hardtmuth of Austria, and was named after the Koh-i-Noor, a famous Indian diamond (part of the Crown Jewels of the United Kingdom and the largest diamond in the world at the time). In 1802, they patented the first pencil lead made from a combination of clay and graphite. In 1848, the family business and production was relocated to the Bohemian town of Budweis, which belongs now to the Czech Republic. - Koh-i-Noor Hardtmuth eventually became a state-owned company after the Second World War before again becoming privately held in 1992. 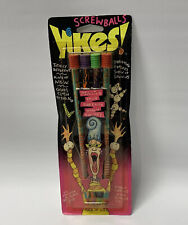 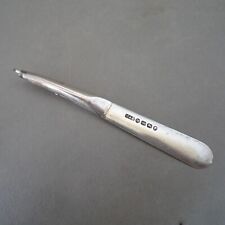 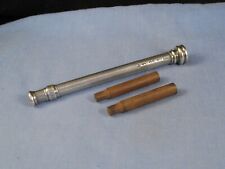 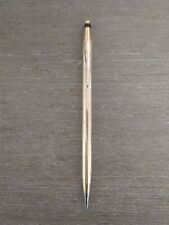