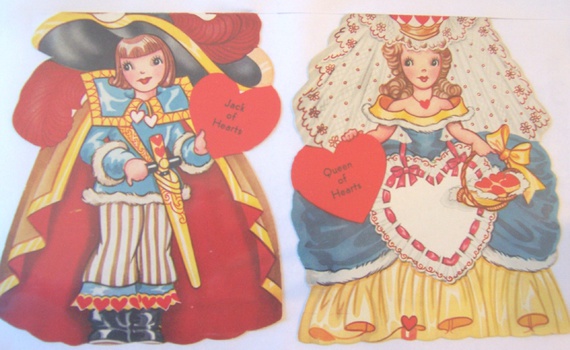 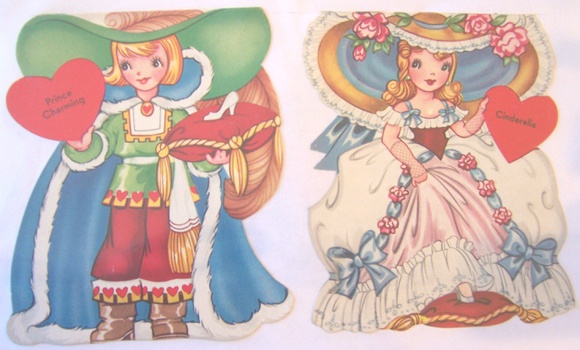 I would like to know if anyone has a collectors guide which lists these series. I know about Hallmark, but what of all the others? Without a list, I won't know if a series is complete.

Some I'm still working to complete are Fairfield International Story Cards of boys, have Eric from Switzerland, Guido from Italy and Juan from Spain, but am still seeking Pablo from Mexico, Ichiro from Japan, Hendrik from Holland and Erin from Ireland. Don't know if there are more to the series. Anyone??

Also working on Fairfield multi fold story cards, i.e. have Mary Had a Little Lamb, Red Riding Hood, Hansel & Gretel, Queen of Hearts, Cinderella, 3 Men in a Tub, Farmer in the Dell and a similar Circus - but are there more?? Art Guild also had a double sided story series but I've only found two: Cinderella/Prince and Goldilocks/Three Bears.

Four pictured are from the A-Meri-Card story book doll series: Prince Charming, Cinderella, Jack of Hearts and Queen of Hearts. The art on these is gorgeous.

The paper doll card pictured is by one of my favorite artists. Does anyone know who that artist may be? I would love to hear from you. I do have quite a collection of the paper dolls, as well as many valentines. Haven't found a non-valentine card by her/him yet.

Would love to correspond with any other collectors of similar items.