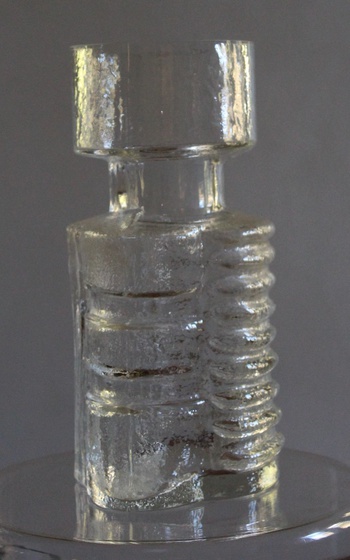 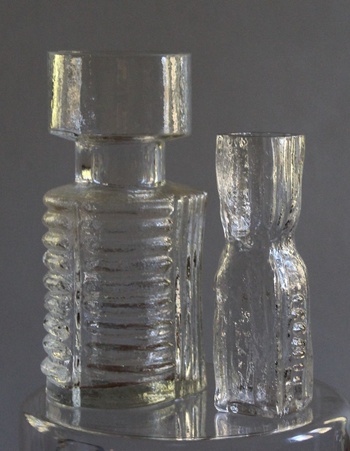 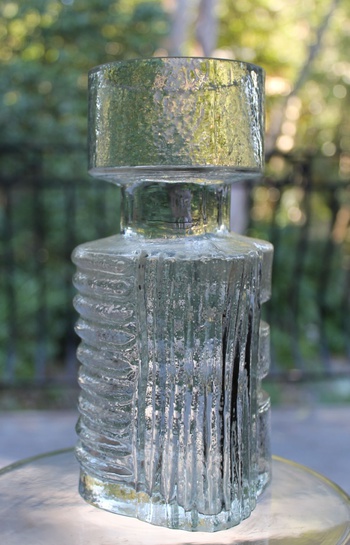 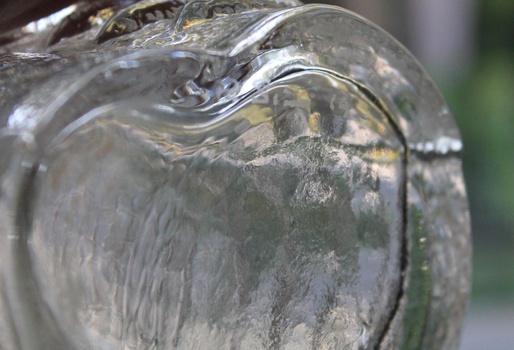 The large vase is from what I believe was called the "Mechanical" series, designed by Per Olaf Strom, late 1960s.

He designed many pieces for Alsterfors but I think the most familiar are his cased coloured and white vases, often in very geometrical shapes.
This vase has a very masculine feel to it with it's heavily moulded ribs that vary around the vase.

Difficult to see but is signed "P.Strom 69".

The smaller vase is a design by Christer Sjogren for Lindshammar Sweden, 1970s. Apparently these come in a variety of colours but clear is the most common.