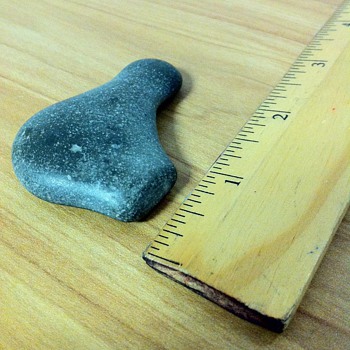 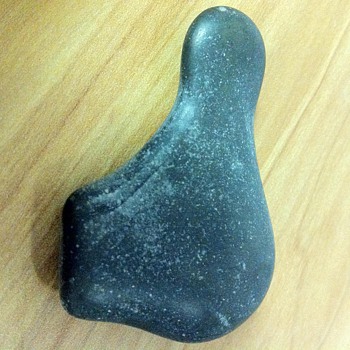 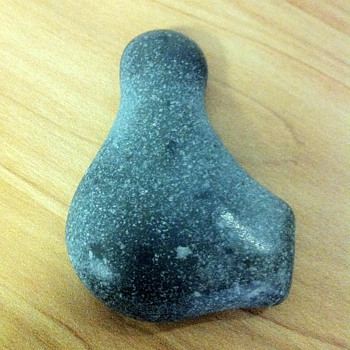 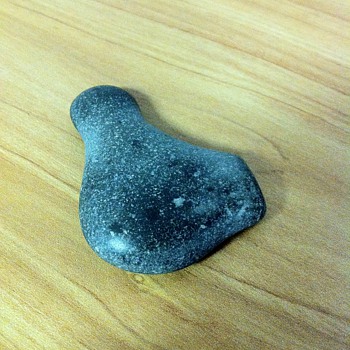 I was given this clay baby formation as a gift from tourists many years ago I became friends with when I worked in the tourism industry in HAWAII. I was told it was a clay baby from Fox Island WA. I was thinking about wire wrapping it but think it would be too heavy as a necklace pendant. They come in different sizes and shapes. So you have to have an imagination on some of them. This one to me looks like a baby on its bottom sitting up with its hands extended out to the feet. Legs extended.

It's been stashed away with my sea glass from KONA and recently had a discussion about babies and Russian Nesting Dolls and decided to bring it out and do some research online today.

Turns out that the island area where they originate is now closed to the public and classified as a Preserve. Only accessible by Permits. They no longer allow collecting of Clay Babies or Driftwood from the area.

I found some information about them and an interesting local Native American Indian legend which I would like to share about the clay baby:

They are naturally occurring flat, clay rocks with roundish sides and projections. Scientific Reasoning Clay is fine-grained, firm earthy material that is plastic when wet and hardens when heated, consisting primarily of hydrated silicates of aluminum. Clay babies are formed from the clay deposits on the beach.
Large veins of high quality clay extend from banks on Fox Island well out onto the beach in the area of the brickyard and is exposed to waves, tidal action and the sun on the south (warm side) of Fox Island.
These are the perfect ingredients needed to create the clay babies. The clay babies, when dislodged from the clay source are burnished by other beach rocks to become perfectly smooth on both sides. Every clay baby is unique!