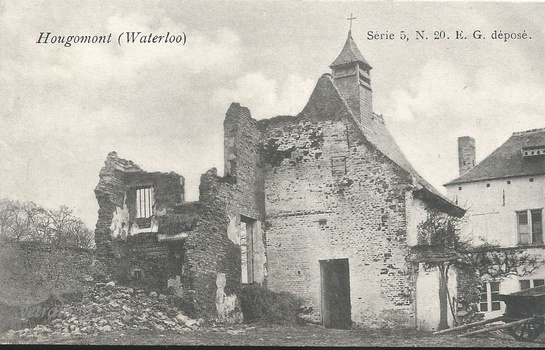 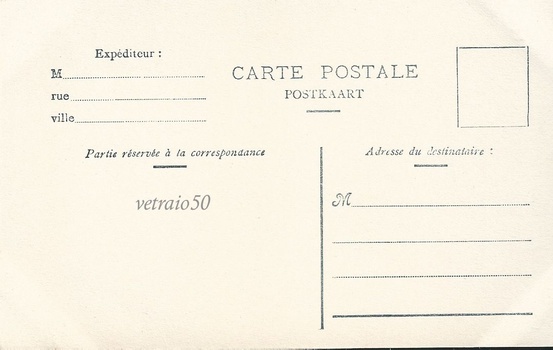 On June 18, 1815 around 10 am Napoléon's forces began an attack on the Château d'Hougoumont (originally Goumont). The chateau was heavily fortified with Wellington's light company of the 2nd Battalion, Coldstream Guards under the command of Lt-Colonel Henry Wyndham and members of the 1st Battalion, 2nd Nassau Regiment. All in all the number of Allied soldiers there was just 1210 men.

The attempt on the chateau was a tactic to draw British forces away to the right flank. It was the beginning of the Battle of Waterloo.

Napoléon's move on the farm complex and surrounding hillside included 33 battalions in all, 14,000 troops. Wellington defended the area with 21 battalions (12,000 troops). On June 18, 1815, 6,500 men were killed, or suffered terrible injuries, at Hougoumont. Many were dumped in a mass grave there to deter thieves.

Wellington declared afterwards that "the success of the battle turned upon the closing of the gates at Hougoumont".

It began as a diversionary tactic but became the most violent point of the fighting. "Wellington's army defended the chateau and the hollow way running north from it. In the afternoon Napoléon personally ordered the shelling of the house to cause it to burn, resulting in the destruction of all but the chapel."
http://en.wikipedia.org/wiki/Hougoumont

Victor Hugo devoted two chapters of his book, Les Misérables to this battle at Hougomont.

What you see here in the photo are the remains of some outhouses of the chateau. It is a photo postcard published by E.G. that I believe was a Belgian firm E. Grégoire, Series 5 No.20.