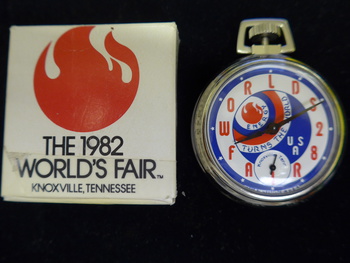 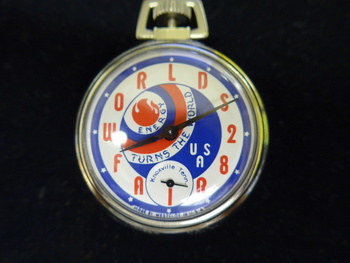 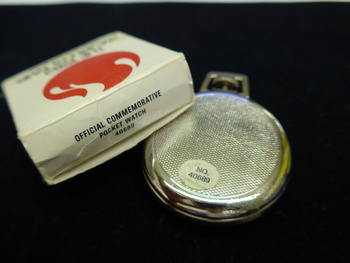 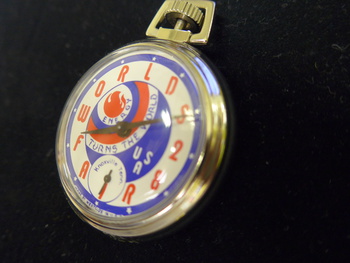 This official commemorative pocket watch was made, circa 1982, by Westclox in USA and warranted by Wagner Time Inc. It comes in the original box with matching numbers to a sticker on the watch case back cover.