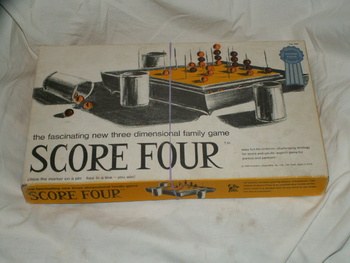 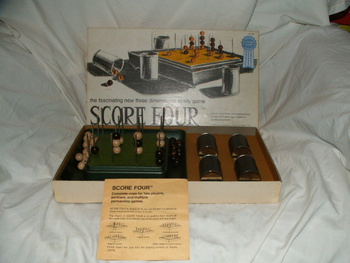 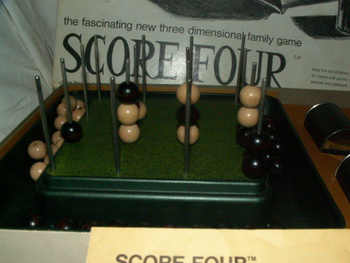 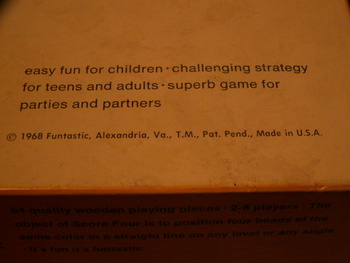 I felt like playing a game tonight, so I decided to bring out "The Original X BOX 360". This is always a favorite from my antique/vintage game collection. =^"

Score Four is a 3-D version of the abstract strategy game Connect Four. It was first sold under the name "Score Four" by Funtastic in 1968. Lakeside issued 4 different versions in the 1970s. Later Hasbro sold the game as "Connect Four Advanced" in the UK. The object of Score Four is to position four beads of the same color in a straight line on any level or any angle. As in Tic-Tac-Toe, Score Four strategy centers around forcing a win by making multiple threats simultaneously, while preventing the opponent from doing so.

The Game of Life Classic Reproducti...
$36