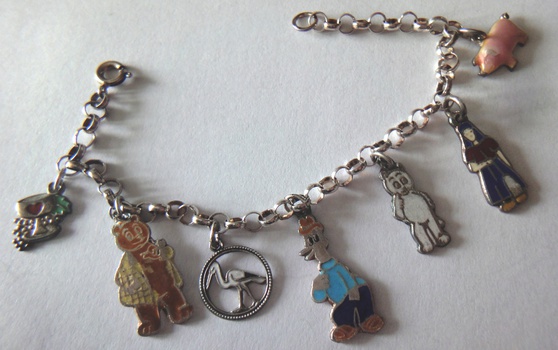 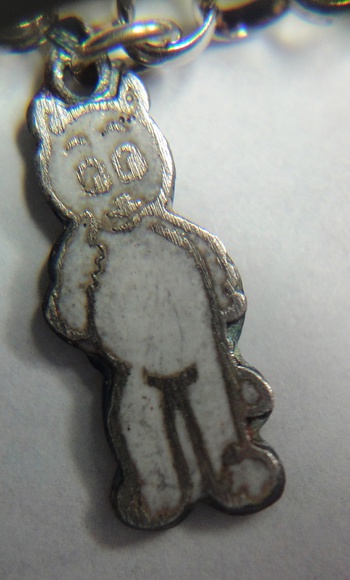 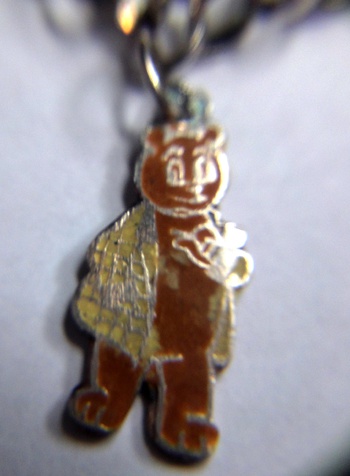 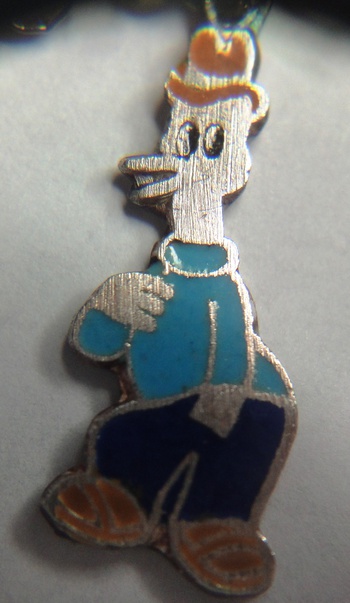 This is a very nice charm bracelet with charms of the figure within the comics of a Dutch comic creator Marten Toonder. He was an artist and narrator of several comics. Marten Toonder was introduced to comics by the comics that his father, a sea captain who was brought from the United States of America. Three of these enamel charms include figures from that comics like Oliver B. Bumble and Tom Puss.
The silver bracelet is a Belcher chain with seven charms. The bracelet dates from the 1950s.
I would love for you to know whether these figures are also known in the U.S.?

Charms and Charm Bracelets
See all