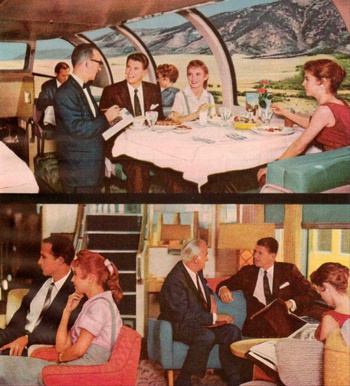 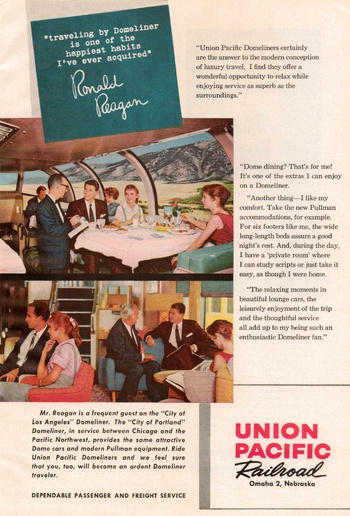 - 1959 magazine advertisement Union Pacific Railroad / ad is 7" by 10"
- Ronald Reagan as "a frequent guest on the City of Los Angeles Domeliner"
** In 1959, Reagan was then President of the Screen Actors Guild and the host of General Electric Theater, a TV drama series. - Although he had endorsed the presidential candidacies of Dwight D. Eisenhower in 1952 and 1956, he had not yet really entered into the political arena.