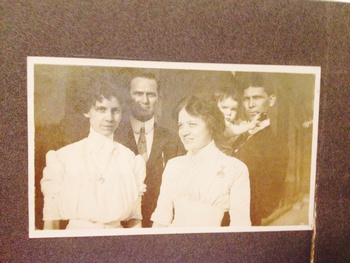 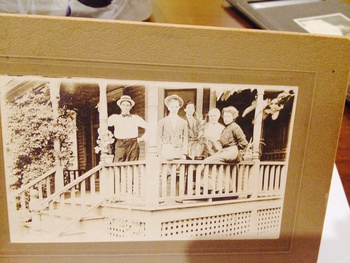 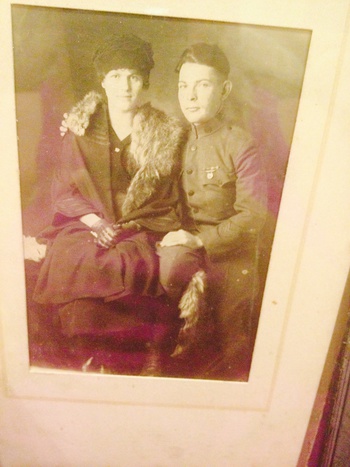 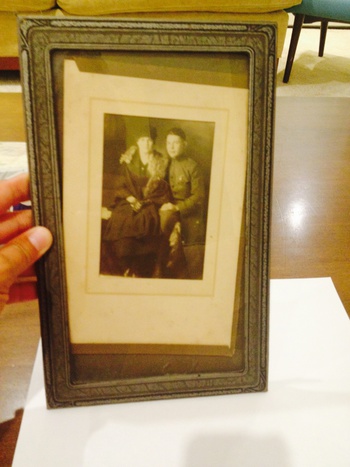 I actually went to the Randolph Flea Market today as a customer!...Gasp!!
Anyway, I went in to see some friends and to take some time to wander at my pleasure...I never intended on buying a single thing! This gal doesn't pay retail!

This both had the most interesting hodge podge of goodies. He had all the sides of his tent up so it was a zillion degrees in there...might of bought more if I didn't feel like passing out.

Anyway he had a HUGE pile of old photos. Dozen's of wedding shots, the grumpy Victorian's staring stoically etc. I picked these out of the bunch.

The first picture is the Powers family. I like seeing the gals jewelry and how casual it appears.

Third appears to be WWI?? He looks really into her. I do not think the frame is original but the guy did not want me to just nab the photo. It looks metal but is cardboard and glass...neat.