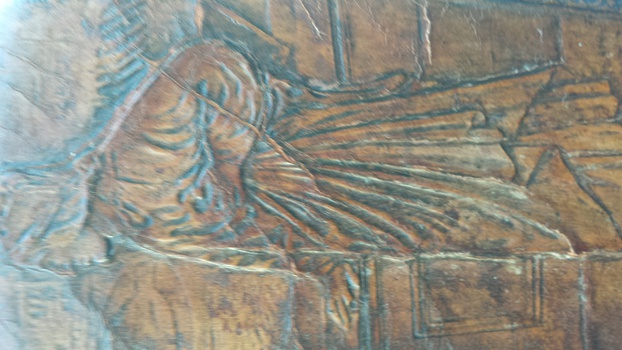 G'day from Down Under,
This is my second posting on the same item, apparently the photographs were not clear, hopefully this one is better as it was taken during the day. Unfortunately my mobile is the only camera I own so I apologise for the quality of the earlier pictures. And also let me apologise now for not knowing how to rotate the picture, I have yet to figure that one out! Until I do I am afraid you will all have to stand with your head at an angle!

This is the only picture that we have not managed to identify as yet so I won't bore you all by adding the other three again.

It has been suggested by several members that it has probably originated in Florence, Italy to which I agree is more than likely. I don't suppose anyone could hazard a guess as to when these items became popular and whether they are mass-produced or hand-crafted?
Thanks in advance,
fairygrandma1.