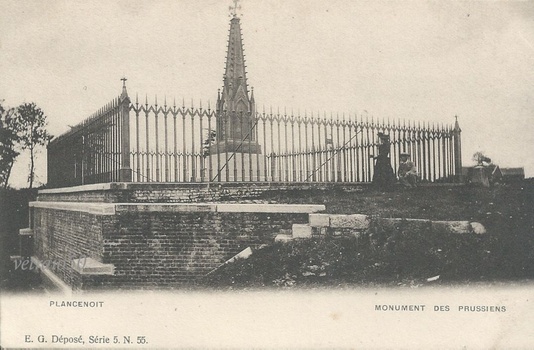 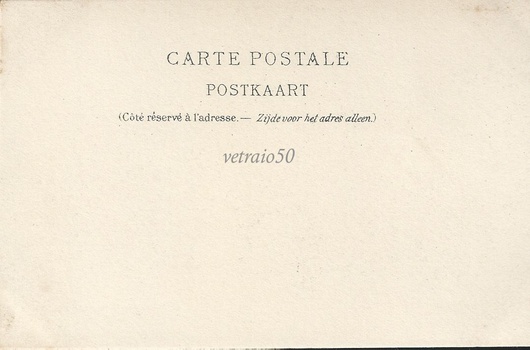 Septimus and Clara Miller visited the Waterloo battlefields in 1907 just ninety odd years after the events that changed the history of Europe. This is a card published by E.G. (E. Grégoire) a Belgian firm, Series 5, No.55.

I really like the two figures in Edwardian clobber at the monument.

Three armies were involved in the battle: Napoleon’s Armée du Nord, a multinational army under Wellington and a Prussian army under Blücher.

The "Monument prussien" or Prussian Monument is just one of a series of monuments at the site of the battles that took place on Sunday June 18 1815. It commemorates the service of the Prussian forces at Waterloo that day under the command of General Blücher. It was designed by the architect Karl Friedrich Schinkel.

It was erected in 1818 at Plancenoit on a spot where the Prussian forces caused heavy losses to the troops of Napoléon Bonaparte.

At the top of the neogothic monument is a cross. It is what we now term an Iron Cross or La Croix de fer or Eisernes Kreuz.

It was a military decoration established by King Friedrich Wilhelm III of Prussia and first awarded on the 10th of March in 1813 during the Napoleonic Wars.

The Iron Cross on the Prussian Monument was taken by French soldiers during the siège d’Anvers in 1832. It was Maréchal Gérard, who commanded the '4e corps d’armée' in 1815 at Waterloo, who returned the cross to its proper place on the monument. Acts of vandalism like this meant that the area needed fencing off.

Look at that fence!

In another post you can see the use of barbed wire around the French monument!

Look carefully at the card and you can see that the cross has been pencilled in on this photo too. It must have gone missing again! I have seen that the monument had been 'restored on a number of occasions: 1832, 1944, 1965 & 1997.

To the fallen heroes from a grateful King and country. Rest in peace. Belle-Alliance June 18, 1815.

The Prussians referred to the Battle of Waterloo as "la Belle-Alliance".