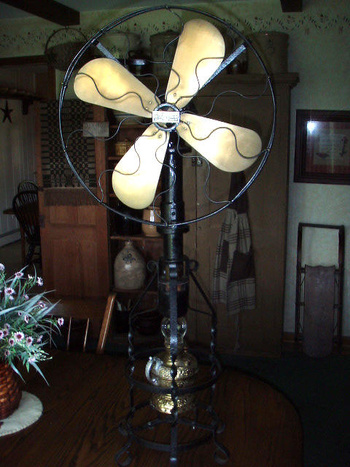 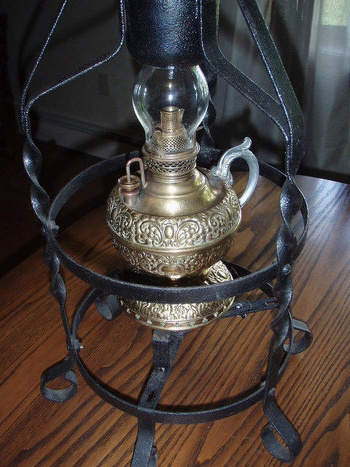 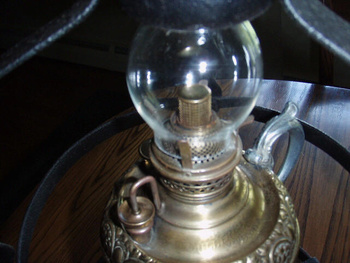 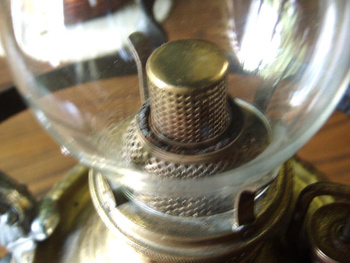 Here is another hot air fan made by the same company as the previous hot air fan that I posted several months ago. This is the floor model and unlike the other fan (model"C"),which runs on alcohol, this model "B" runs on a kerosene lamp mounted in the base. I use lamp oil instead of kerosene because, unlike kerosene, it has no oder when burning.
It runs very quietly on a Stirling Cycle Engine, often called a hot air engine.
Their popularity never really took off because they came out about the time Thomas Edison dabbled with electricity and marketed electric fans. Which type of fan would you have bought, one that you plug in and threw a switch, or one that you had an open flame burning a smelly kerosene?
The brass blades are 16" in diameter and it stands about 40" tall.