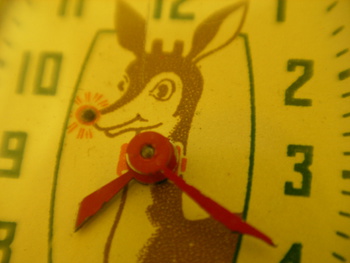 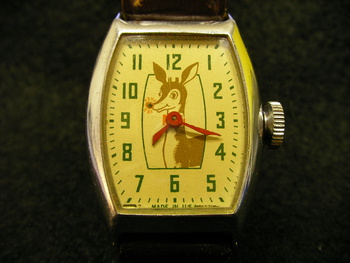 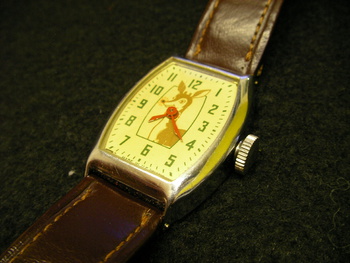 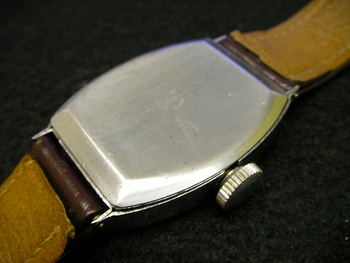 Rudolph the Red-Nosed Reindeer is a fictional male reindeer with a glowing red nose, popularly known as Santa's 9th Reindeer. Rudolph first appeared in a 1939 booklet written by Robert L. May and published by Montgomery Ward. The story is owned by The Rudolph Company, L.P. and has been adapted in numerous forms including a popular song, a television special and sequels, and a feature film and sequel. Character Arts, LLC manages the licensing for the Rudolph Company, L.P. In many countries, Rudolph has become a figure of Christmas folklore.

Sold exclusively at the Montgomery Ward stores, this wristwatch was made by Ingraham circa 1947. The dial depicts a half bodied Rudolph with a lighted up red nose facing between the 9 and 10 position. There is actually an even earlier version, also made by Ingraham circa 1946, with Rudolph facing the other direction towards the 2 and 3 position but the lighted nose on the dial is not red in colour. I have yet to acquire this piece but will do so, hopefully, before this coming Christmas!

Hopr you have enjoyed this posting!