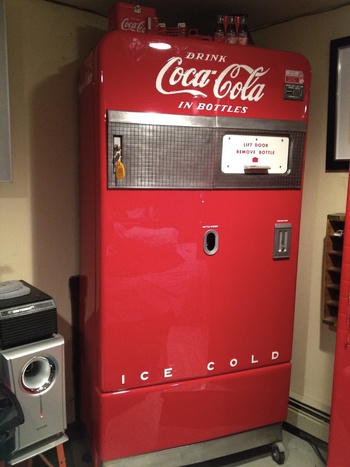 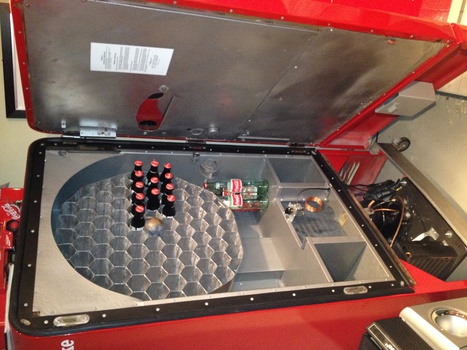 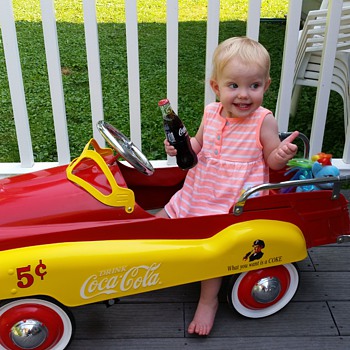 In the first picture is one of my two coke machines.
this one is a early model 1947 Vendo. The early model which is rare, has a solid plate in the front vs the later model in 1947 which had two bands in the front rather than the solid plate.
in the second picture, is just a fun little coca cola car with My grand daughter trying it out for size
it's a 1990's car and has never been sat in until now and back on the shelf it goes!