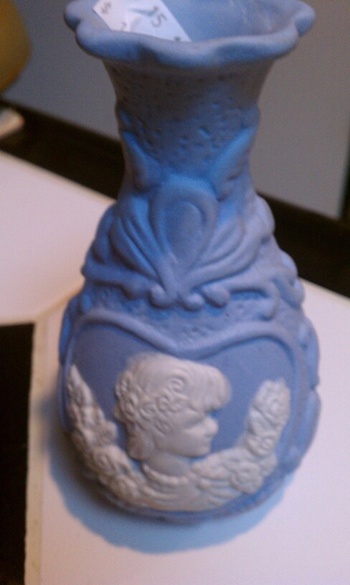 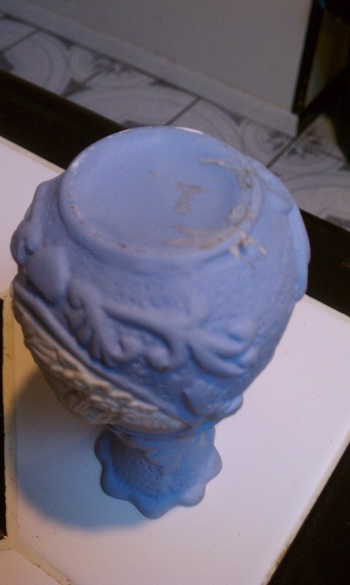 Another Cameo like piece. It has no markings on it. I like it real or not. I would like for this to be Wedgwood or Jasperware.

Copied;
Fortunately for the collector, Josiah Wedgwood was the first potter of note to mark his goods with his own name.

Unlike the easily copied potters marks used by other manufacturers, for example the crossed swords mark used by Meissen; the Sevres double L mark, or the Chelsea anchor mark.

Early Wedgwood works may be unmarked, but the presence of the correct mark is an indication that the piece is genuine and should allow you to determine its true age.

Before 1781 very few unmarked pieces can be correctly attributed to Wedgwood.