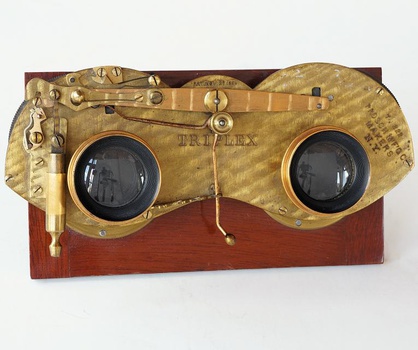 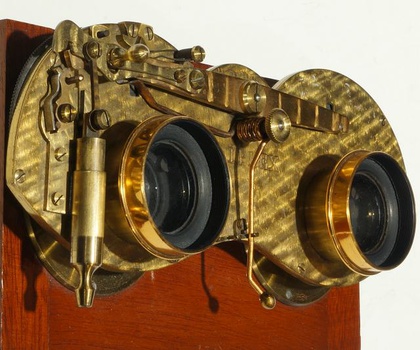 There was a time when camera shutters, something we take for granted today, were outside of the camera body. Some were practically works of art and this is a fine example of a beautiful shutter made for stereo plate cameras.

Stereo shutters were challenging because makers had to precisely link two shutters with optically matched lenses. This is one of a couple known Stereo Triplex shutters made by Cyrus Prosch. Similar to the Triplex shutter I posted previously, this is a fine mechanism made of machined and lacquered brass.

This rare shutter was only sold on one camera; Scovill’s Henry Clay Stereoscopic model made from 1892 to 1897. Yet it could be purchased separately for most any 5 x 7 inch format stereo plate camera.