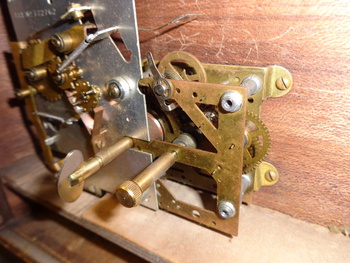 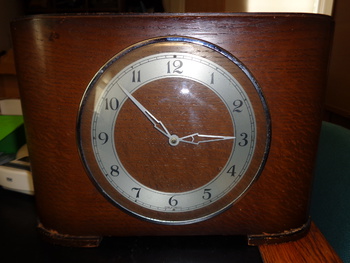 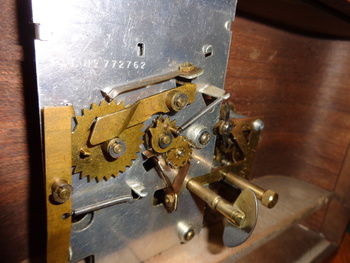 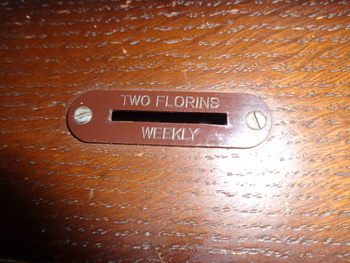 In 1954 the Time Savings Clock Company Limited and Metamec of Dereham applied for a patent for a clock which would only go when coins were placed in a slot in the top of the case. Two florins weekly it says on the coin slot in the case top. For people on insurance. schemes with companies like the Co-operative in the 1950s, four shillings was quite a lot on money to put aside each week. The idea of the clock was to help people hold on to their money to pay the premium each week

The system was invented by William Arthur Pitt and the patent was granted to the Time Savings Clock Company of Manchester (no.772,762). The mechanism consisted of a series of levers and wheels which arrested the going of the clock to which it was fitted until coins were inserted to release it and thus allow the clock to run. These coins, after operating the levers would fall into the space at the bottom of the clock case, covered by a wooden panel which fitted over a stud and was closed by a wire and lead seal applied by the insurance man. When he called he would cut the seal, empty out the money and re-seal the back until his next visit – simple.